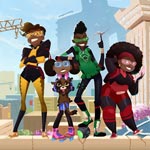 “We have been admiring Triggerfish’s work for some time now and are delighted to have been invited to join Mama K’s Super 4, a unique and entertaining project, which brings a fresh look and approach to a classic action cartoon format,” commented Tom van Waveren, CAKE’s CEO & Creative Director.

Created by Zambian writer Malenga Mulendema, Mama K’s Super 4 is a humorous homage to the superhero genre, aimed at kids 6-11. The show is set in capital city Lusaka, where four teenage girls with distinct personalities and talents are recruited by former secret agent Mama K to help save the world. Fighting rich and powerful opponents means the Super 4 will have to be smart and resourceful, in a world where taking down the bad guys and turning in your is all in a day’s work.

“Mama K’s Super 4 stood out among hundreds of TV shows that we reviewed during a continent-wide call for animated projects,” says Triggerfish’s Anthony Silverston. “In her pitch, Malenga said that, growing up, she’d never seen herself reflected on screen in an animated show, and with CAKE, we’re glad to have found a bold partner who has embraced her vision for a show centered on four innovative African girls.”

Triggerfish, based in Cape Town, has produced the feature films Adventures in Zambezia (2012) and Khumba (2013), which are among the top 5 highest-grossing South African films of all time. The studio has also animated the Annecy Cristal-winning BBC holiday specials Stick Man (2015) and Revolting Rhymes (2016) with Magic Light Pictures. They are currently wrapping their third BBC special with Magic Light, The Highway Rat. 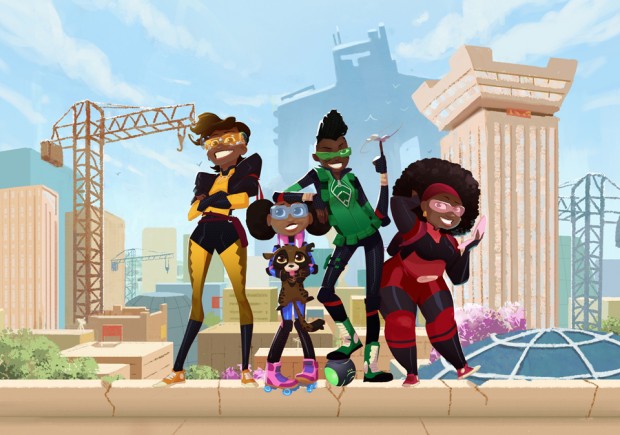