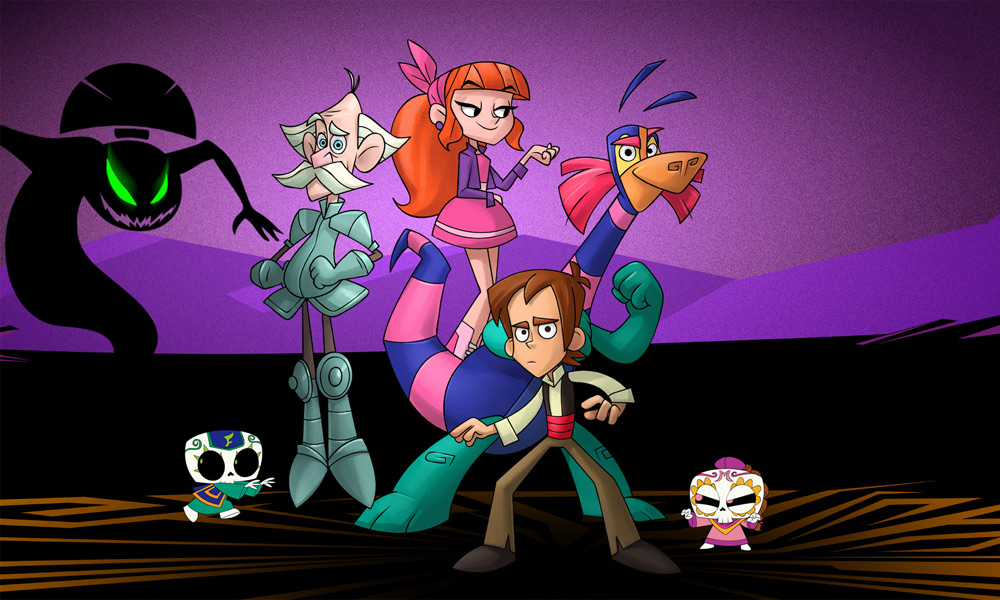 CAKE is bringing Netflix Original animated series Legend Quest to the international market at this year’s MIPCOM. The 25 x 25’ series was created by leading Mexican studio Anima, and premiered successfully on Netflix in 2017 in 190 countries as the platform’s first original series produced in Latin America.

Under the agreement, CAKE will handle worldwide distribution excluding LatAm. The title is available in 18 languages.

Legend Quest follows 12-year old Leo, a reluctant hero who joins forces with a supernatural group of misfits when his hometown mysteriously vanishes into another dimension: Don Andrés, an eccentric yet amicable old knight; the unflappable Teodora; Alebrije, a shape-shifting, mythological creature; and Finado and Moribunda, two lively, ever-charming sugar candy skulls. Together, this intrepid group travel across the globe on a magical ship across time to the most famous and mystical places on Earth to defend the world against evil forces in this Mexican folklore inspired fantasy adventure comedy series.

“We are delighted to be working with Anima once again and re-introducing this successful series to a wider international audience,” said CAKE CCO & Managing Director Ed Galton. “Legend Quest already has an established fanbase following its premiere on Netflix and with global adventures, mythical creatures and a colorful cast of fantastical characters, it has all the ingredients of a hit international show.”

“Legend Quest is a unique comedy series that explores mythical legends around the world with a thrilling twist. We are excited to work with CAKE again and are confident they will help us reach new audiences all over the world which will surely enjoy it,” added José C. García de Letona, series executive producer.