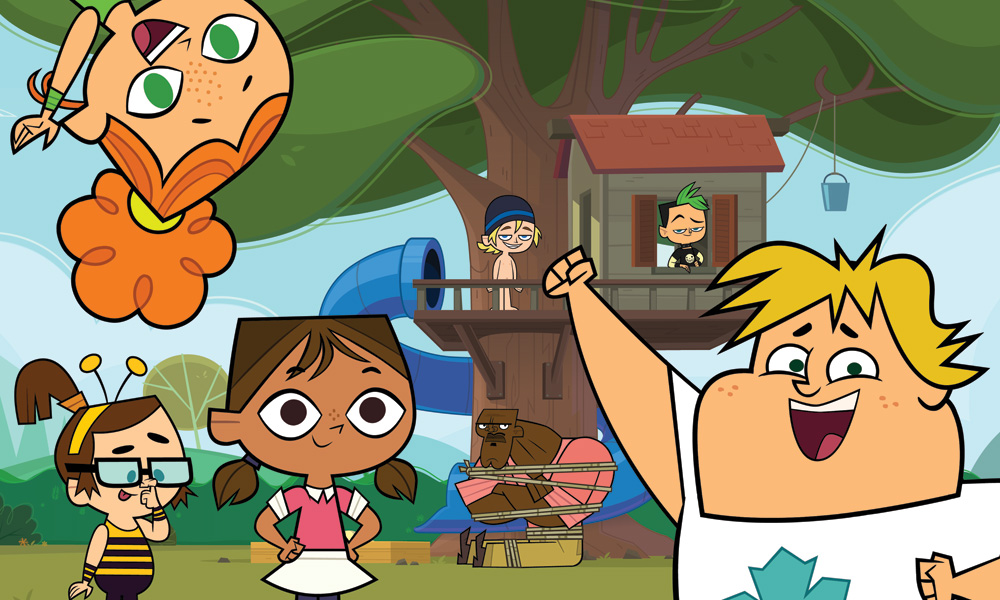 Kids entertainment co. CAKE will launch Total Dramarama, the much-anticipated prequel to the multi-award-winning international hit Total Drama franchise, at MIPCOM (Oct. 15-18, Cannes). The new show premiered September 1 on Cartoon Network in the US, and will debut in Canada on Sunday, October 7 on TELETOON. (Read more about the new series in the November MIP issue of Animation Magazine!)

Aimed at 6- to 11-year olds, Total Dramarama (52 x 11’) will re-introduce favorite cast members from the animated reality show, like loveable Owen and uptight Courtney, ageing them down from teenagers to toddlers. The cast may be pint-sized, but their fully-formed teen personalities make them wise beyond their years as they unleash a tirade of destruction on an unassuming Chef, who quickly retreats to his staff room when the going gets tough.

“Total Dramarama is a completely new take on what is a very successful franchise,” said Ed Galton, CCO & Managing Director of CAKE. “With fresh ideas and hilarious storylines, the series is aimed at a younger demographic and we are looking forward to introducing this totally random and sensational show to a brand new audience.”

Produced by Fresh TV in association with TELETOON and Cartoon Network, Total Drama is distributed internationally by CAKE and has aired in more than 260 countries. The franchise was created by Tom McGillis and Jennifer Pertsch, launched in 2007 and continues to generate high ratings.

“For Total Dramarama, we decided to throw out logic and instead of a reality show competition, we now have a workplace comedy – set in a daycare. We’ve aged our famous cast down from 16 to four years old – and the results are hilarious!” said co-creator McGillis.