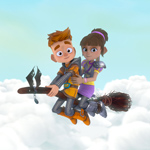 London-based CAKE announces a deal with DHX Television that will see medieval comedy series My Knight and Me riding forth to conquer Canadian viewers. Created by French studio TeamTO and Belgian producer Thuristar, the series has made its national premiere and airs new episodes on Family Channel every Wednesday at 4:30 p.m. ET/PT.

“We are thrilled to have My Knight and Me join Family Channel’s line-up as we continue to expand our offering of top quality kids shows,” said Joe Tedesco, SVP & GM, DHX Television. “The series is a great fit with the type of programming currently airing on our network and we think viewers will be drawn to its charming characters and comedic storylines.”

“We are delighted to be teaming up with Family on My Knight and Me and thrilled that the series has found a home in Canada,” said Ed Galton, COO & MD of CAKE. “After enjoying a strong international debut last year, it’s terrific to see a show of this calibre now airing throughout North America and in all English-speaking territories around the world.”

My Knight and Me (52 x 11 min.; kids 6-11) follows loyal, street-smart Jimmy the Squire, his fun and daring best friend, Cat the Princess; and his father, Henri of Orange — a charmingly inept, but passionately chivalrous knight who might not be the most efficient protector of the realm, but sure is the funniest. Together, this knightly trio set out to make the Dark Ages a little brighter.

The series is created and directed by Joeri Christiaen and co-produced with Canal+ Family and TéléTOON+ (France), SuperRTL (Germany) and VRT-Ketnet and RTBF-Ouftivi (Belgium). CAKE handles all international distribution. 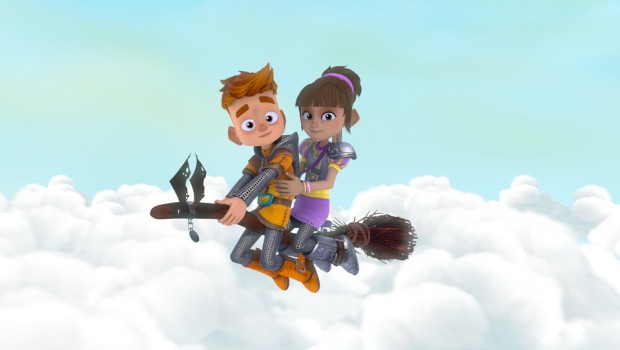