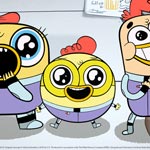 “Space Chickens in Space has been hatching in our hearts and in our minds for a long time. Having CAKE, Studio Moshi, Disney EMEA and Channel 9 Australia onboard makes us proud and happy. We’re absolutely positive that everyone from Melbourne to London to Rio and all in between will fall in love with our three birds who always have each other’s backs… and wings and thighs!” said Fernando de Fuentes, President at Ánima.

Aimed at kids ages 6-11, the show follows a trio of plucky poultry — Finley, Chuck and Stanley — who are mistakenly taken from their homes and enrolled in an elite intergalactic former military academy. The three chicken siblings will need all their wits, and each other, to survive this extraordinary adventure full of aliens and tricky homework.

Disney EMEA has picked up the first 52 x 11 min. season and 11 two-minute shorts from CAKE, which is handling all international distribution outside Latin America (Ánima) and Australia, where Studio Moshi has sold the show to Channel 9 and Disney Australia.

“We fell in love with Space Chickens from the moment Ánima first presented the project to us,” said Tom van Waveren, CEO & Creative Director at CAKE. “Its surreal concept combined with a fresh visual style will make for classic cartoon fun. Having Disney and Channel 9 come on board, as well as Studio Moshi makes for a truly global Space Chickens alliance. Go, chickens!” 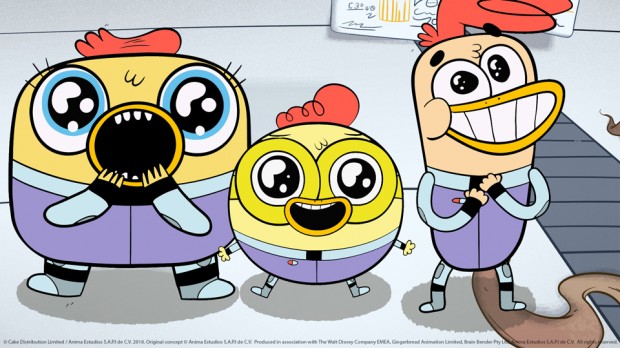