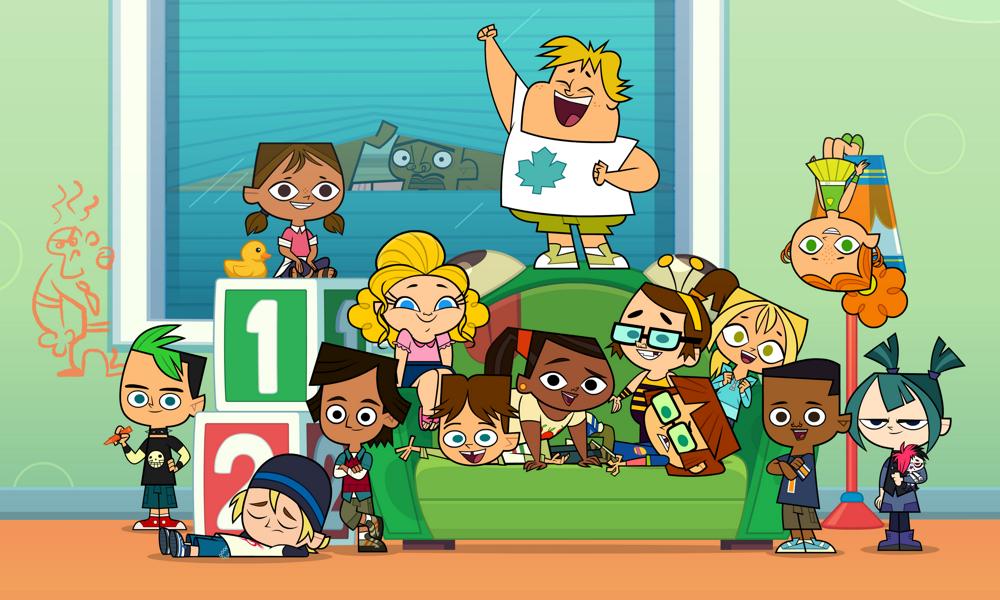 Leading kids’ entertainment specialist CAKE and award-winning Canadian producer Fresh TV have announced a third season of Total Dramarama, the prequel to the multi-award-winning franchise Total Drama. A further 52 adventures are in production and set to premiere on Cartoon Network U.S. and TELETOON in Canada mid-year 2021.

Aimed at 6- to 11-year olds, Total Dramarama ages down the original show’s teen characters into troublesome toddlers. In this latest season, two more Total Drama characters, Sugar and Lightning, return as tiny versions of themselves to join Owen, Courtney, Duncan, Izzy, Beth, Leshawna and the rest of the gang, as they run riot under the slapdash supervision of Chef Hatchet!

Total Dramarama first launched on Cartoon Network U.S. and TELETOON in 2018 and was an instant hit. The second season premiered earlier this spring and ranks third among all Cartoon Network shows (year-to-date), based on reach, with kids 6-11. The series was rolled out on Cartoon Network in Germany, Austria, Switzerland, Benelux, Eastern Europe, Latin America and APAC. International broadcasters include POP in the U.K. Teletoon and Canal + in France, K2 and DeA Kids in Italy, Super3 in Spain, ABC in Australia and Noga in Israel.

Created by Tom McGillis and Jennifer Pertsch, Total Dramarama is produced by Fresh TV, in association with TELETOON and Cartoon Network U.S. and distributed internationally by CAKE.

“Three seasons in three years!” remarked Ed Galton, CCO & Managing Director of CAKE. “This has been an incredible journey for Total Dramarama and the ongoing Fresh TV- TELETOON-Cartoon Network-CAKE partnership. Together, we are delighted to introduce the latest instalment of this successful franchise. With two more toddlers joining daycare, the stories promise to be more hilarious and outrageous than ever!”