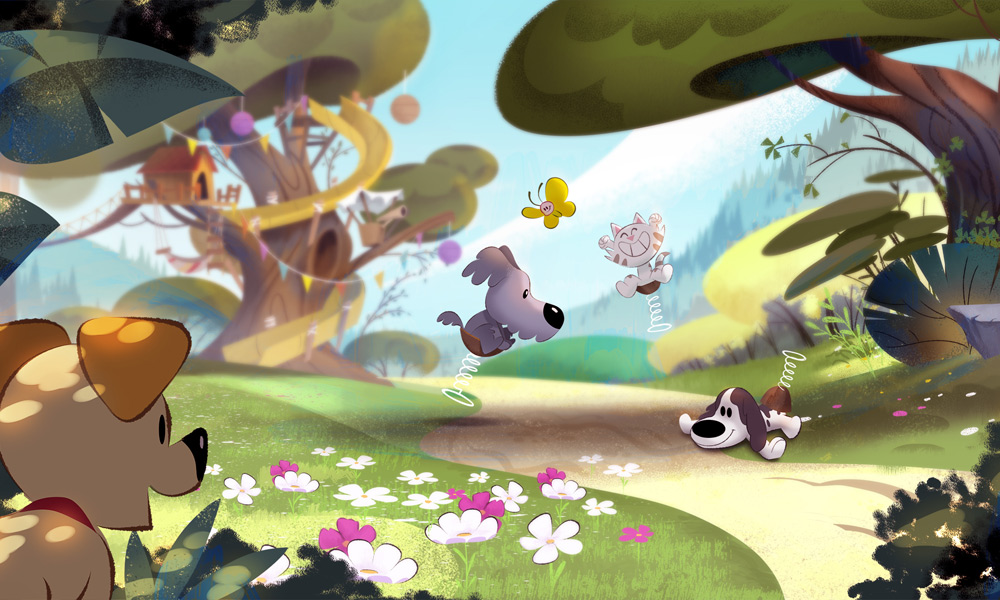 CAKE and Amsterdam-based The Dreamchaser Company have teamed up to develop a brand-new animated series inspired by the popular preschool brand, Woozle & Pip. Working titled The Woozle & Pip Adventures, CAKE will present the 2D 52 x 11’ comedy-adventure series to potential broadcast co-production partners at MIPCOM this month.

Aimed at upper preschool audiences, The Woozle & Pip Adventures expands the original core cast who join best friends Woozle and Pip on their outings: Cheeky Charlie the energetic puppy; curious Sophie; adventurous explorer Mole; and Butterfly, their little cheerleader, explore the world around them, playing and stumbling on unexpected adventures, while learning from their mistakes. With themes of friendship and teamwork, together they discover there is a lot more fun to be had around every corner!

The Woozle & Pip Adventures is a co-production between The Dreamchaser Company, which owns and controls the Woozle & Pip IP, and CAKE, which distributes the original preschool series. Davey Moore (The Octonauts, Thomas & Friends) has been working with the team on the development bible and scripts, while Paris-based Caribara are leading the visual development.

“With Woozle & Pip going from strength to strength and evolving as a brand, it felt like the right time to develop an animation series for the international market, which reflects the IP as it is today,” said Tom van Waveren, CEO & Creative Director, CAKE. “That has meant a new approach and an updated look with the ambition of taking Woozle & Pip into the world.”

Dinand Woesthoff of The Dreamchaser Company said, “We have been dreaming about a Woozle & Pip series for an international audience for some time. Now, in close partnership with CAKE and an inspiring team of creatives, we have had great fun developing the series and are incredibly proud of the result. We can’t wait to introduce Woozle & Pip and their positive message to children all around the world.”