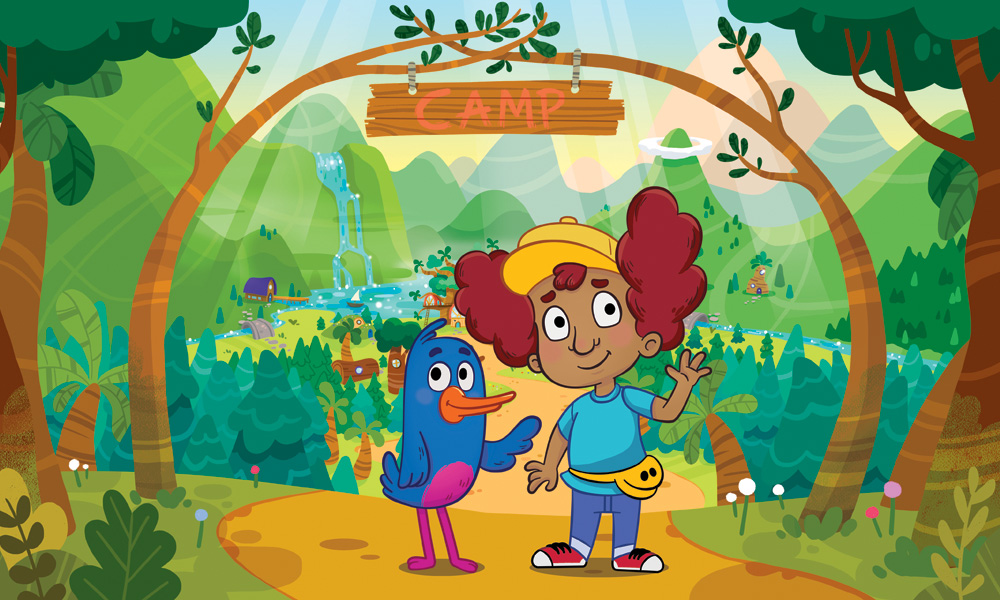 “Over the last year, we have been working with Bureau of Magic on the development of Dog Bird & Me.,” said Ed Galton, CEO of CAKE. “We hope the result is a uniquely uplifting and entertaining show that encourages positivity and acceptance through fun stories dedicated to the kid in all of us!”

Based on the picture book series created by Bureau of Magic EP and writer Abram Makowka, Dog Bird & Me has been developed and will be produced by Bureau of Magic and the newly-formed CAKE Productions; 52 x 11-minute episodes are planned. While the series is aimed at 4-7 year-olds, Dog Bird & Me will provide a fun family co-viewing experience which celebrates curiosity, playfulness and empathy through simple, fun and relatable stories told from a child’s perspective.

“Dog Bird & Me began as drawings for my son and his preschool class,” Makowka explained. “Developing this personal project with CAKE has been a gift. We can’t wait for the world to see what we’ve been working on!”

Dog Bird & Me tells the story of six-year-old Avery, a big-hearted kid with even bigger ideas, and his curious sister, Dog Bird, who looks like a bird on the outside, but on the inside, she’s a dog. They live with their parents, great grandma and friends in Family Forest – a warm, wonder-filled and welcoming alpine family camp community, where humans and animals are equals and everyone is delightfully different. Together, they go on playventures, discovering answers to their big questions, bringing their big ideas to life, and learning about themselves and others along the way. Dog Bird & Me is about understanding and acceptance — What’s on the inside is what matters most.

The Bureau of Magic (BoM) creates and produces signature stories, including the hit animated series Lost in Oz, now streaming on Amazon and broadcasting on major networks throughout the world including Nickelodeon and Disney. BoM projects have been nominated for 15 Emmy Awards, winning four, including Outstanding Children’s Animated Program. BoM recently partnered with Banijay’s Zodiak Kids to co-produce the original adventure-comedy series Save the Legends! and is currently developing series with Paramount TV Studios, Universal Television Alternative Studios, Appian Way and Electric Hot Dog. BoM is represented by CAA.