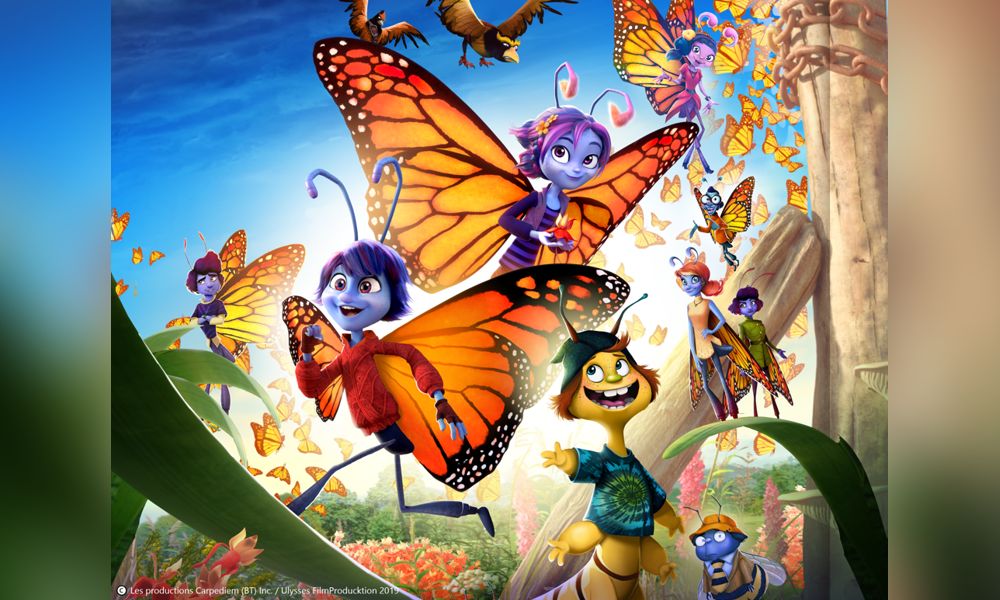 “We are very excited to see our special butterflies take off on new journeys,” says Tania Pinto Da Cunha, Vice President/Partner and Head of International Sales & Acquisitions at Pink Parrot Media. “The beautiful animation and the wonderful storylines are going to translate into a wonderful animated series that is certain to capture young audiences everywhere.”

Produced by Marie-Claude Beauchamp at CarpeDiem and Ulysses’ Emely Christians, Société Radio-Canada is on board as a Canadian broadcaster.

Set against the backdrop of the Milkweed Academy, a high school for monarch butterflies, the series will include many of the feature film’s adorable characters, including the lovable one-winged disabled butterfly Patrick, who will be joined by friends Marty and Jennifer among many other as they navigate through the challenges of their high school life and learn about the big migration of the monarchs and all its challenges.

Author and writer Heidi Foss is on board as screenwriter. In addition to screenwriting, story editing and series development credits for shows on HBO, Fox, PBS, YTV, Nickelodeon and the BBC, Foss is a well-known Canadian stand-up comedian. She recently was story editor on the first season of Air Bud’s Pup Academy for Disney.

Lienne Sawatsky, nominee for the 2019 Canadian Screen Awards and WGC Awards for Best Writing on the animated TV series Wishfart, also joins the production team as screenwriter. Sawatsky is best known for her work on notable series for Disney Channel, Nick Jr. and Cartoon Network such as Sidekick and Hot Wheels: Battle Force 5.

PPM is currently shopping for co-production partners. The 52 x 11′ animated series is set to be completed by Q4 2023.

The Butterfly Tale feature film has already been pre-sold in France & Germany (Wild Bunch), Poland & Romania (Monolith), Former Yugoslavia (Blitz) and Middle East (Front Row) and will be released in theaters in Q4 2022.