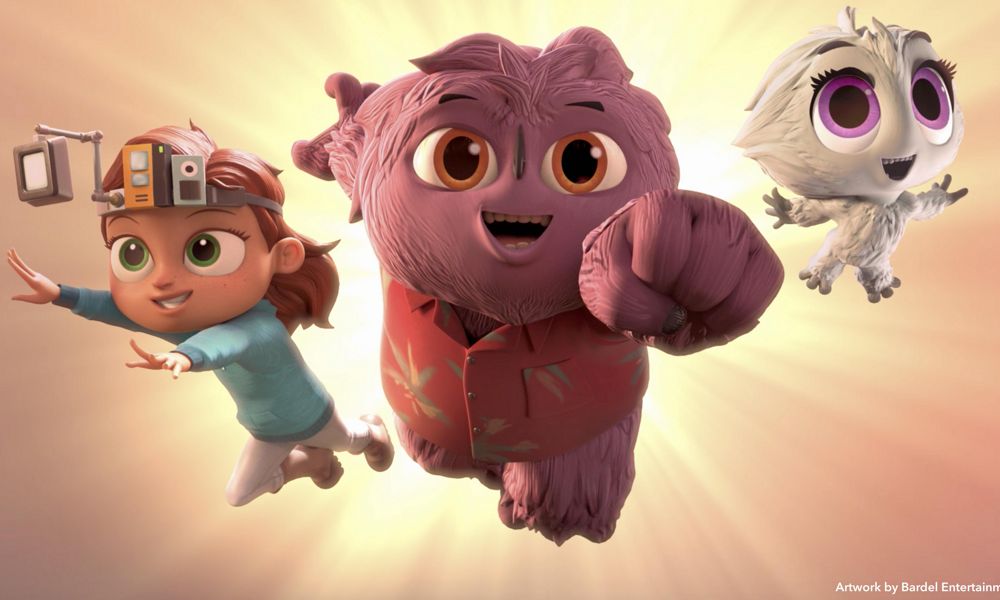 Save the Legends! is a 26 x 22’ episodic action-adventure comedy for kids ages 6-9 and their families, about an amateur search and rescue team of young, totally-in-over-their-heads mythical creatures. Set in a secret and mysterious world of reimagined folklore, the supernatural kid crew consists of four Bairies (short for “Big and Hairy”) and their first official human friend, a young gadget whizz from South America named Alandra. Together, they risk it all to save the day, one legendary mission at a time. The first three episodes of season one will also form an epic, origin story movie event.

True to BoM’s style, the series features cinematic storytelling, tons of humor, lots of heart, and a ubiquitous entry point to a world of totally unexpected imagination.

“We grew up watching stories about unsuspecting young kids thrust into epic  adventures. The stakes were always high. The camaraderie was always enviable. And the comedy was so quotable, we’re still referencing it today. That’s what we’re looking to capture with this series,” said Abram Makowka, Executive Producer & Co-Founder, BoM.

Mark Warshaw, also Executive Producer & Co-Founder of BoM, added: “Save the Legends! is an inclusive series designed to incorporate myths from any culture in the world and sets them inside a storytelling universe celebrating the magic of teamwork and the wonder of nature — wrapped up in show that’s big on heart and even bigger on humor.”

“Zodiak Kids is a huge fan of Bureau of Magic’s creative work,” said Zodiak Kids CEO, Benoit Di Sabatino, and SVP Sales, Acquisitions and Co-Productions, Delphine Dumont. “Like Lost in Oz, Save the Legends! is a high-quality comedy series with moving characters exploring an incredible universe. We are looking forward to working with the Bureau team to take the series out to the international market.”

Bureau of Magic is represented by CAA.