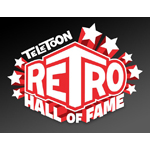 The selection was determined by more than 170,000 fan votes submitted through the Canadian TV channel’s website and a Facebook app.

To commemorate the inductees, Teletoon Retro will host a day of special programming dedicated to each character according to the following schedule:

Each marathon will run all day, so expect sales of ketchup-flavored potato chips and poutine to rise as Canucks settle in to watch their favorite toons.