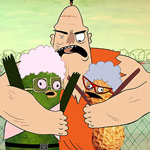 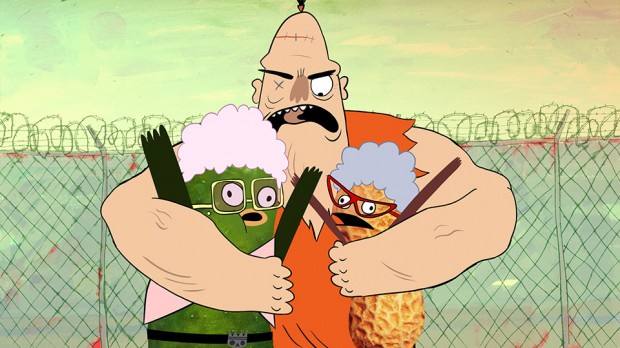 When Disney gave the green light last year to Pickle & Peanut and released a crude early image from the series, the reception online was brutal with comments indicating the show signaling “the end of ideas” and even the start of the End Times.

Those comments are enshrined on a billboard in the production office of the series at Disney TV Animation in Glendale, Calif., and frequently referred to by executive producers Noah Z. Jones and Josh Tressler, and the show’s staff, as they work on completing the show’s 20 half-hour first season.

“It’s so easy to tell everyone  — literally every single human being in the world — that you hate something,” says Jones.

But underdog status suits Pickle and Peanut, a scrappy, low-fi teen buddy series that mixes animation and live-action techniques and set to debut Sept. 7 at 9 p.m. ET/PT on Disney XD. 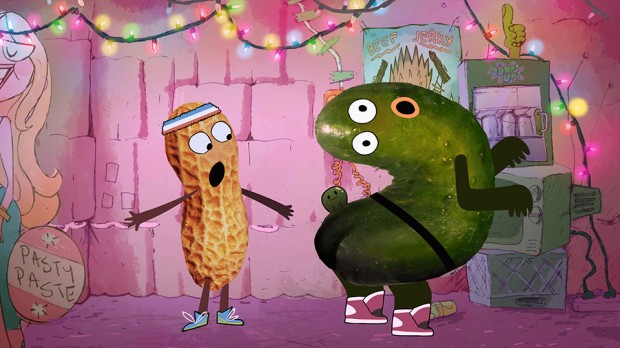 “When we pitched the pilot, nobody really knew what we were doing,” says Jones, who previously created Fish Hooks for Disney. “At the first pitch, we were like, ‘It’s the end of the road but we had a really good time.’ So then they said ‘Oh, we like it.’ And we said: ‘Really? Are you guys sure?’”

The show is about Pickle, voiced by Jon Heder, and Peanut, voiced by Johnny Pemberton — two teenage boys in the final year of high school in an anonymous suburb of Reno, Nev., who are looking to have as much fun as they can before they have to grow up.

The show is “low-fi, kind of scrappy; an authentic description of two teenage boy best friends,” Jones says. “They don’t have secret handshakes and call each other ‘bro’ and high-five all the time. We said that we wanted to do something that’s different. They’re not going to say ‘I love you, man’ and ‘Let’s hug it out.’” 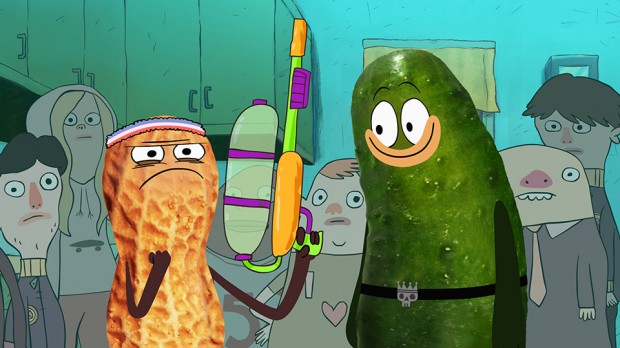 The look of the show is scrappy — the town is as drab and boring as can be, with a big box store, a cemetery in the middle of town and even train tracks that run between the lead characters’ homes. The idea was to reflect Jones and Tressler’s own experiences growing up in Rochester, N.Y., and Knoxville, Tenn., respectively

Production on the show is outline driven, with outlines turned over to the show’s two directors and three permanent storyboard artists to flesh out into 11-minute episodes. It’s then turned into an animatic that Jones and Tressler help polish before its sent to Copernicus Animation Studio in Halifax, Canada, for animation.

“We are a scrappy crew,” says Tressler, acknowledging that the crew is small and the board artists in particular carry a heavy burden. 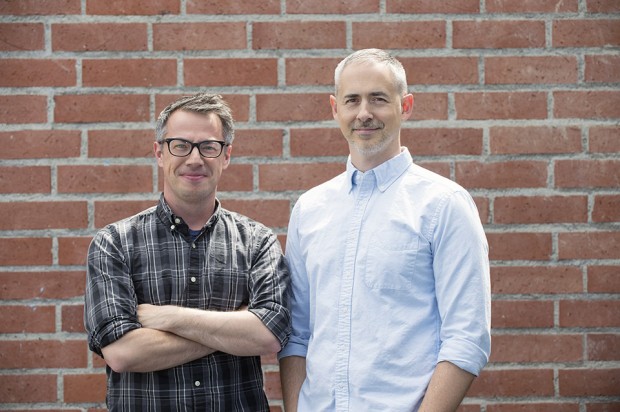 But Tressler, who developed the show and previously directed and produced music videos and TV series such as Yo Gabba Gabba!, says they found that as long as they kept the boys’ relationship authentic, they could tell any kind of story they wanted, from having a crazed mutant zit run through town to Pickle learning to swim.

Meeting of the Masters
All Hands on Drac