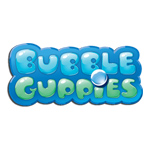 When you think of appropriate homages to J.R.R. Tolkien’s epic The Lord of the Rings series, Nickelodeon’s preschool series Bubble Guppies doesn’t exactly leap to mind. But the popular CG-animated show is planning a legendary one-hour primetime special, inspired by the popular saga, premiering Thursday, December 5, from 7 to 8 p.m.

The special, which is titled “The Puppy and the Ring” features Jeffrey Tambor (Arrested Development) as the voice of an evil Night Wizard who has stolen the Ring of the Sun.

“I am going to be a hero in my own household,” says Tambor. “My twin boys will go ballistic when they hear Daddy. Ah to be ‘cool’ in one’s own living room.”

In “The Puppy and the Ring,” preschoolers are welcomed into Bubbledom, a land of secrets and sorcery where the magical Ring of the Sun has always kept night and day in perfect balance. But when the evil Night Wizard takes the Ring from the benevolent Sun King, Bubbledom could be thrown into darkness forever! Join Molly and Gil as they accompany their puppy on a quest through three magical realms so they can return the Ring of the Sun to its rightful owner by sundown.

At NickJr.com, Nickelodeon’s award-winning website for parents and preschoolers, fans can experience Bubble Guppies online transformation into the world of Bubbledom; watch a sneak-peek of “The Puppy and the Ring” and print Bubble Guppies games and activities. Additionally, the special will be available for download beginning Dec. 6 on iTunes, Amazon, Xbox, Playstation, Vudu, Target Ticket, Samsung and VDIO.

Bubble Guppies is created and executive-produced by Jonny Belt and Robert Scull and co-developed by Janice Burgess, the Emmy Award-winning team behind the hit Nickelodeon series’ The Backyardigans and Little Bill. The CG-animated series set in a vibrant underwater environment follows a group of diverse preschoolers with colorful fish tails who go on adventures discovering their world. Bubble Guppies is set to a soundtrack of catchy, educational pop songs and features the core elements of kindergarten readiness including: math, literacy, the arts, science and socio-emotional development. The Emmy-winning series is currently the number-one rated preschool show in its time period (11 a.m.-12 p.m.).

Here’s a clip from the special episode: 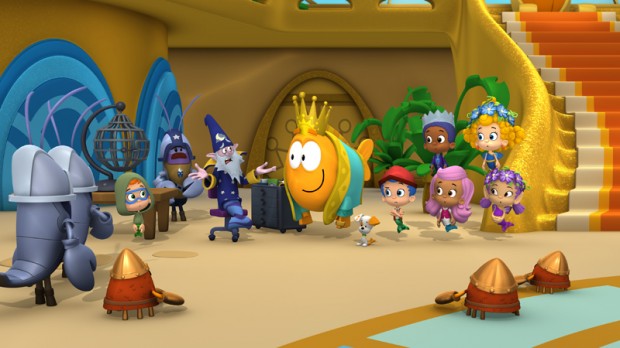