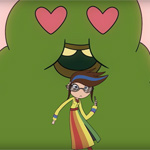 On Monday, December 11, the landscape of African kids’ TV will be changed forever as Cartoon Network debuts the first of its Imagination Studios animated shorts. Inspired by creative kids’ concepts submitted to the cross-content competition, the cartoons are the first to hit the leading channel which are wholly produced in Africa. Three more shorts will roll out Mondays until January 1, following the premiere at FupiToons.

“We’re excited about showing the winning four animated shorts across Africa on Cartoon Network. We have been extremely impressed by the creativity and collaborative efforts from all our partners in making this possible. It has been amazing to walk this journey with the Imagination Studios winners and see their imaginative entries coming alive right before their eyes,” says Jaime Ondarza, SVP for Turner Southern Europe & Africa.

Ryan van Eyk, Creative Director of local production collaborator Mind’s Eye Creative, added: “The really cool thing about this initiative is getting kids involved in understanding animation production and the whole process of animating their drawings locally has shown them that their imaginations can come to life.”

CN’s Imagination Studios was an original drawing contest which ran in April, which invited children ages 6-12 to create their own character duo. In a series of pre-debut behind the scenes videos, the four young contest winners express their excitement at engaging with the production process and getting to see their ideas come to life on Cartoon Network.

“I am so happy knowing that my drawing has been turned into a cartoon on Cartoon Network,” says eight-year-old Dida Bafor from Nigeria, whose tale Adventures of the Talking Pizza – The Great Escape is a story of siblings John and Lizzy … who happen to be pizza slices.

“Seeing my creation coming to life is a dream come true!” says Katlego Khambule, creator of The Doodling Duo – Attack of the Slug Monster a short animated film about a giant slug monster that moves into Dash and Diana’s city.

If you’ve ever wondered whether banana peels are really that slippery, watch Robo and Tekna journey to the source code to find the truth and settle their bet before Dad finds out in Smarter Phones  – Appside Town. “I am so happy and in awe of the way that my creation has been taken to a whole other level,” explains Zoë-Jane Mans. 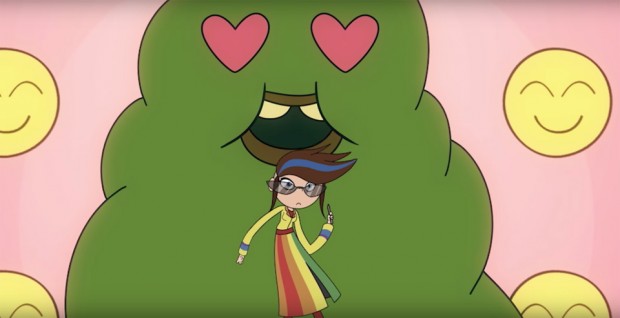 The Doodling Duo – Attack of the Slug Monster