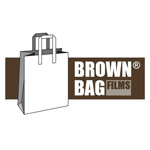 The show follows the adventures of apprentice-dream maker Tommy Winks in the Dream Factory, a magical dream-making studio in the clouds. As an apprentice to the Sandman, Tommy is learning to master the art of dream making. Every night Tommy has to put on a showstopper that puts his audience to sleep and keeps the Bogeyman at bay.

The series was designed and created by Kyla May (Smirk, Flea-Bitten, Kyla May Missbehaves, SheZow) and will be co-produced and co-developed by Australia’s Sticky Pictures (Me & My Monsters, Pearlie, Dennis & Gnasher) and award-winning Irish animation studio Brown Bag Films (The Octonauts, Olivia, Noddy in Toyland).

Jennie Stacey, Development Executive at Brown Bag Films said, “We were instantly drawn to the fantastical comedy setting of Dream Factory and are very excited about working with Sticky Pictures to bring these great characters and magical stories to life onscreen.”

Dream Factory has been developed with the assistance of the Australian Children’s Television Foundation. After story, character and visual development of the series will be produced in Ireland by Brown Bag Films.