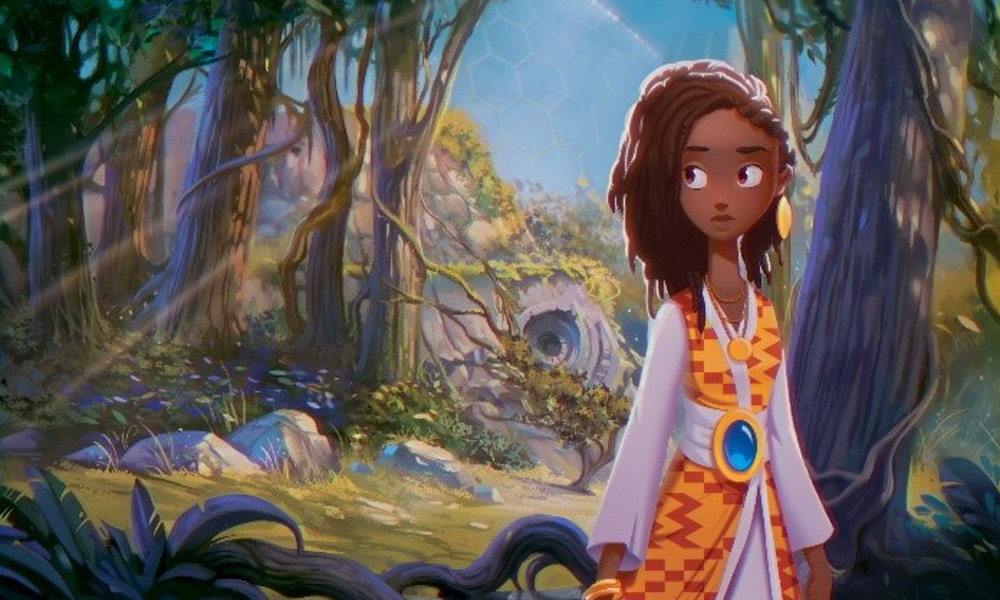 Conceptualized by Lion Forge Animation, Heiress is a universal story centered around young Princess Reign, who is determined to find her way out of the shadows of her brothers, forcing her father and King to see her light.

Working in concert with BRON Digital’s Virtual Production infrastructure and utilizing the Unreal Engine developed by Epic Games, the Heiress team will not only be producing visually stunning content but will also have the technological ability to create audience-driven, interactive games and immersive virtual worlds. This open world creation enables a richer, more expansive experience for audiences to explore aspects of different worlds and interact with their favorite characters.

Steward, Lion Forge Animation founder, said, “Heiress is a world unto itself and perfectly exemplifies the material we choose to introduce to audiences globally. Content can be wildly immersive and entertaining while reflecting diverse faces, voices, and experiences. With truly collaborative partners in Brenda, Aaron and Jason at BRON, we have a dream team assembled to bring to life what we have created.”

“BRON is committed to representation both in front of and behind the camera, and to building partnerships with diverse-owned studios,” said BRON’s Gilbert and Chen in a joint statement. “It is important that we celebrate the art of animation and diverse cultures from around the world.”

Heiress marks the first collaboration between BRON and Lion Forge Animation. Lion Forge Animation, one of the only Black-owned animation studios in the world, won last year’s Best Animated Short Oscar for Hair Love, soon to receive a spinoff series, Young Love, from HBO Max, and has secured a number of major partnership deals with Imagine Kids+Family, Starlight Media, and the family of the groundbreaking NASCAR driver, Wendell Scott.