Canadian toon house Breakthrough Entertainment will introduce its new Flash-animated series Rocket Monkeys to the MIPCOM market this week, president of distribution Nat Abraham announced. The 26×30 show is produced in association with Teletoon Canada and acclaimed studio Atomic Cartoons and follows the oddball adventures of two monkeynaut brothers, Gus and Wally, as they face the mysteries of the universe on a series of intergalactic missions.

“We’ve had a lot more fun developing Rocket Monkeys than anyone deserves,” said Abraham. “From the seemingly simple concept of ‘monkeys in space,’ our talented team of animators and writers built an entire universe that is alive, frenetic and addictively bananas. We’re gearing for Rocket Monkeys to be the next animated pop culture phenomenon with the rare ability to capture the hearts of both adults and children around the world.”

Breakthrough and Teletoon will be kicking off global sales for the series at MIPCOM. Learn more at www.breakthroughentertainment.com. 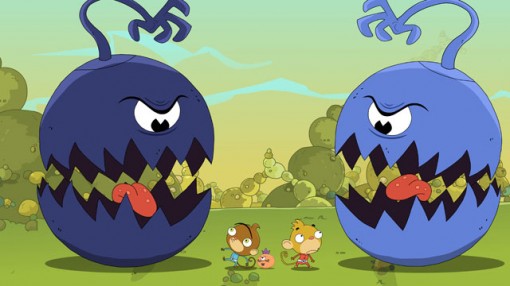