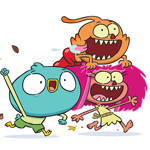 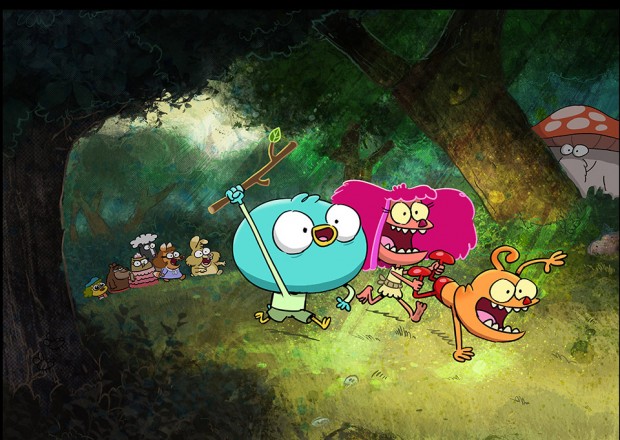 Carl H. Greenblatt, best known for his work on shows like SpongeBob SquarePants and creating Chowder,has a new series on Nickelodeon.

Harvey Beaks premiered March 29 and each Sunday night will show kids that “rules are made to be broken.” Harvey Beaks is a show about a kid who lives by the rules but yearns for adventure and just wants to have fun.

Greenblatt explains it all and how this whole world came into existence.

Animation Magazine: Where did the idea for this show came from and in particular what, for you, sets it apart from the other shows that you’ve done?

Carl Greenblatt: It started because where my house is there are a lot of trees. As far as location, that kind of gave me a sense of what I wanted to do next. And one of the early designs was just this little crazy looking imp, and I thought he was really fun and I kind of placed him in the woods and started to think of what adventures he could get into and what kind of things could happen with him. And then the more I played with him, I had this little bird character that I kept kind of pairing him with. And as I started writing it I realized, “Oh, the bird is just me.” And then it was kind of really easy to figure it out at that point.

Animag: Talk a little bit about what sort of stories you’re looking to tell with this concept, and are you doing more comedy or more action?

Greenblatt: Coming into this, my goal with this show was to make a good comedy show, so the comedy is still there and hopefully people are laughing and having a good time. But beyond that, I really did want to do something a little more thoughtful, a little sweeter, a little more emotional, that had a bit more staying power to it, in the sense that it makes you think a little bit.