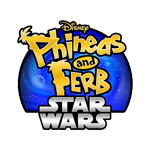 Worlds will collide as an all-new action filled special, Phineas and Ferb: Star Wars, is set to premiere Saturday, July 26 at 9 p.m. ET/PT on Disney Channel. The story takes place a couple summers ago in a galaxy far, far away, when Phineas, Ferb and the gang are in a parallel universe that takes them to the time and spacey places of Star Wars: A New Hope. Iconic characters Luke Skywalker, Darth Vader, Han Solo, Princess Leia, Chewbacca, C-3PO and R2-D2 are all featured in the animated event. And avid Star Wars fans and Phineas and Ferb creators Dan Povenmire and Swampy Marsh will appear as their toonified selves in the special to get in on the action.

Beginning Saturday, July 19, verified WATCH Disney Channel users will be able to take a first look at Phineas and Ferb: Star Wars. The special will also be presented during a night of Star Wars themed programming on Monday, August 4 at 7:30 p.m. ET/PT on Disney XD and will be immediately followed by an extended first look at at the upcoming Star Wars Rebels. Disney XD is also planning special online games, and the special will roll out on streaming/download platforms on July 27.

In Phineas and Ferb: Star Wars, the adventurous duo are living just one moisture farm over from Luke Skywalker on the planet Tatooine, when R2-D2 and the Death Star plans inadvertently fall into their speeder. With the fate of the galaxy thrust upon them, they hire pilot Isabella, Han Solo’s rival, to help them get the plans to the Rebel Alliance. Complicating matters is Stormtrooper Candace, bent on chasing them across the galaxy to retrieve the plans and bust the Alliance.

Meanwhile, intergalactic chaos erupts on the Death Star when Perry the Rebelpus is trapped in carbonite while trying to stop Darthenshmirtz from using his “Sith-inator.” Things take a turn when Ferb gets caught in the Sith-inator’s crossfire and turns evil, leading to an epic battle between the brothers. Special guest voices are Simon Pegg and MythBusters hosts Adam Savage and Jamie Hyneman. 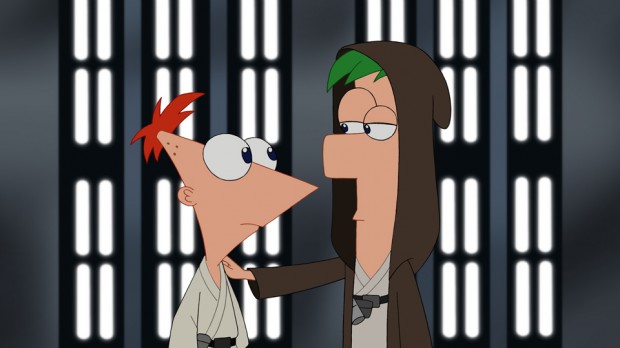 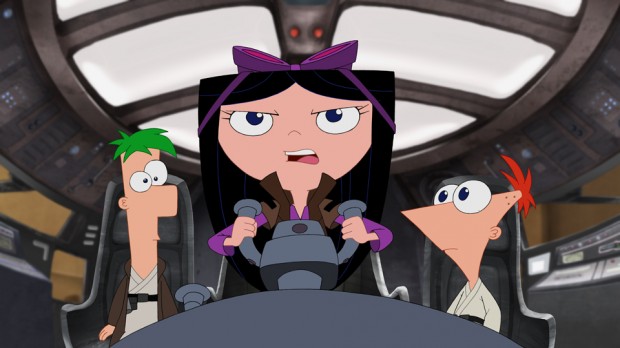 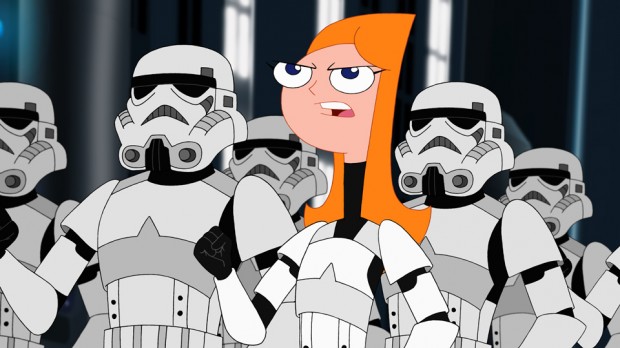