Breadwinners, a new animated series that sprang from Nickelodeon’s 2012 Animated Shorts Program, is set to premiere as a half-hour series Feb. 17 on the network.

The series follows two booty-shaking ducks as they operate a bread delivery service out of their awesome, jet-fueled Rocket Van. Twenty episodes have been produced by Nickelodeon Animation Studios and the series will continue its run with the second all-new episode airing in its regular time slot of Saturdays at 11 a.m. starting Feb. 22.

“This is our first series to come out of our animated shorts program and we are very proud and excited to bring it to our audience,” said Russell Hicks, president of content development and production at Nickelodeon. “Steve and Gary have created a fresh, fun cartoon with great characters and an infectious music backdrop that we think will have kids laughing and bouncing with each episode.” 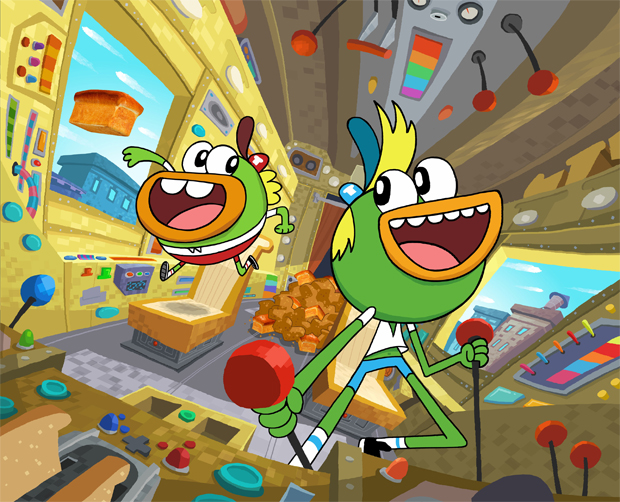