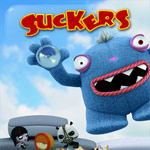 BRB’s clever animated show featuring a colorful cast of car window toys is picking up more steam as we head into the new year. The Barcelona-based studio reports that the short-form series has been picked up by Spain’s Canal Sur for open-channel broadcast. The CG-animated toon has also been picked up by Italy’s K2 channel and continues to air on Disney XD’s channels worldwide and on its affiliated websites.

In addition the show airs on several Latin American countries on Cartoon Network, has been acquired by Vrak in Canada and enjoys popularity on Televisio de Catalunya’s Super 3 Channel. Co-produced by Screen 21, Genoma Animation and Televisió de Catalunya and distributed globally by BRB Internacional, Suckers (104×2′ in Hi-Def) is a slapstick comedy without dialogue based on a wild group of designer toys –Art Toys– that live on the back windows of cars. Targeting the 7 to 12-year-old auds, Suckers won the MIP Junior Kid’s Jury Prize and is aided by an extensive licensing project through its different global agents. For more info, visit www.brb.es 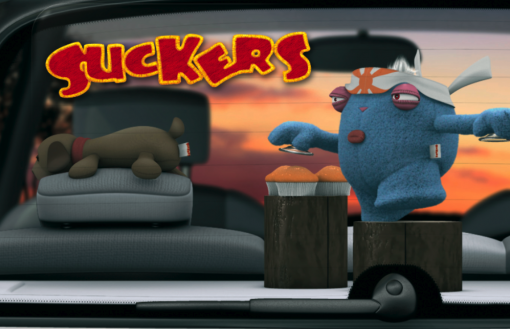