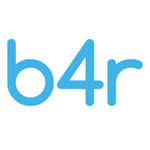 Licensing agency brand4rent has entered an agreement with White Ball animation studio in Saint Petersburg to promote and license the CG animated series The COSMI Academy in international markets.

“We started presentation of The COSMI Academy to European TV channels and key licensees in the early September and we are really inspired by the first results,” said brand4rent CEO Denis Kulakov. “We have a huge interest in the series and positive feedback. We expect our first deals on Brand Licensing Europe and MIPCOM exhibitions in October. The series is a first class product with great international potential.”

The COSMI Academy is set in the fantastical, candy-colored reaches of outer space, taking young viewers along as the heroes race around the galaxy encountering carnivorous plants, black holes, time travel, parallel dimensions and more. The series is aimed at kids ages 6-9; more information available at www.white-ball.com.