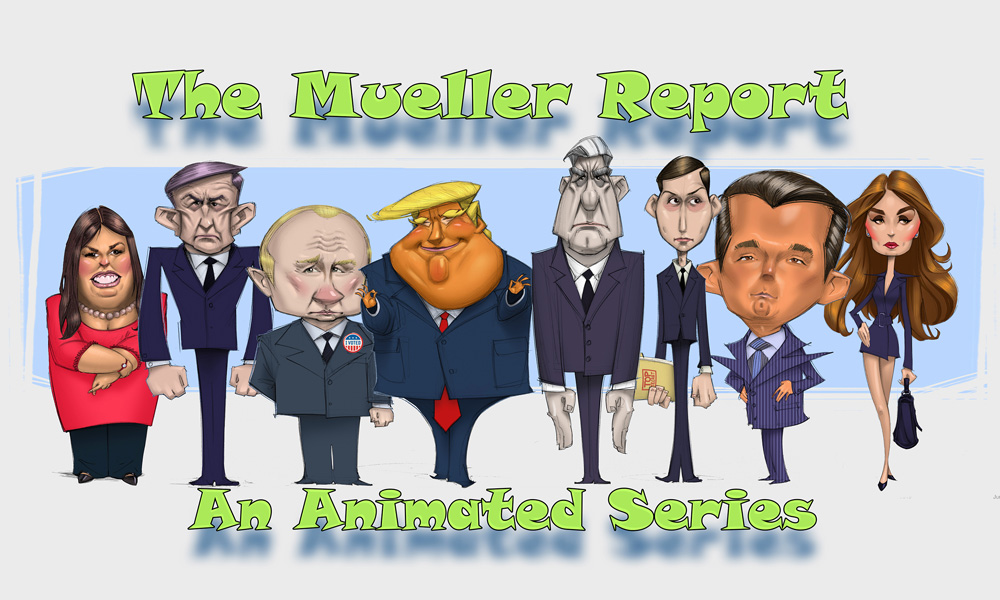 Emmy Award-winning Brain Zoo Studios and Julian August Productions have launched their Kickstarter Campaign to fund the production of The Mueller Report: An Animated Series. The team will turn the 448-page legal investigation into an entertaining, objective, and informative 10-episode animated mini-series.

The campaign is live on Kickstarter now.

“Mo and I believe there are many concerned Americans at the grassroots who want this series produced and we hope they will become backers for this important Kickstarter Project. We’ve received a lot of positive feedback on Facebook. People have commented the series is a great idea and some said it is brilliant!” said Erick Armelin, producer at Brain Zoo Studios and Julian August Productions.

“Brain Zoo is ready to start production, and there is much enthusiasm for the project. We are trying to do a public service. Many people have said, they have felt powerless about what’s been going on in Washington, and this Kickstarter Project gives them some hope that they can personally make a real difference,” added Mo Davoudian producer at Brain Zoo Studios and Julian August Productions.

‘The Powerpuff Girls: Monkey Mania’ Launcher Game Breaks Out
Boomerang Scares Up Celeb Guests on New ‘Scooby-Doo and Guess Who?’