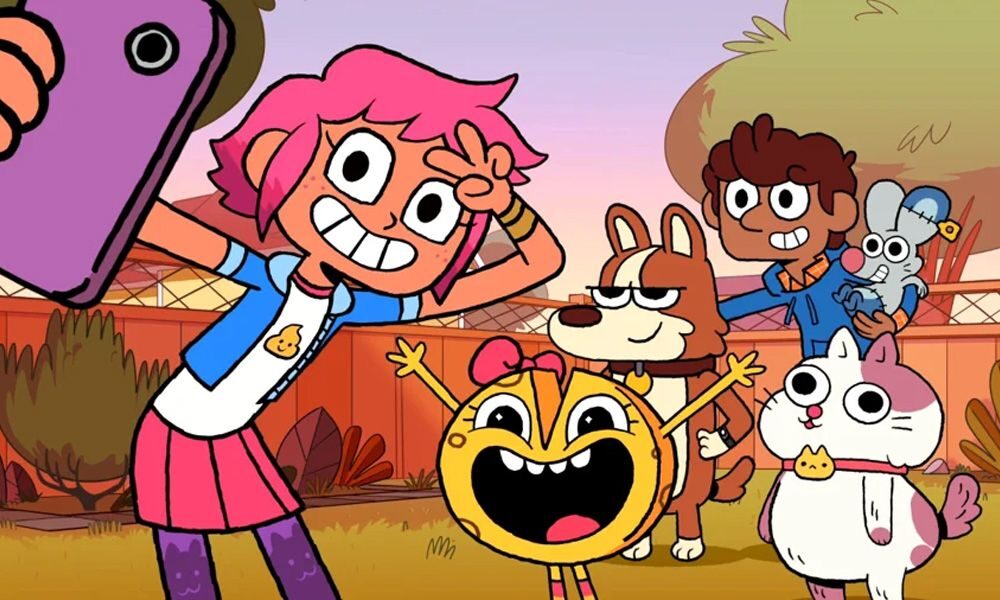 Cloudco Entertainment in the United States, in conjunction with co-production partners Watchnext Media in France and Kavaleer Productions in Ireland, are pleased to announce the greenlight and production commencement of Season 2 of their hit animated series Boy Girl Dog Cat Mouse Cheese.

The additional 52 x 11′ episodes have been commissioned by French television network Gulli while simultaneously ordered by the BBC in the U.K., De Agostini Group’s DeAKids (pay-TV channel) and KidsME (children’s content division) in Italy, and RTÉ in Ireland. In addition, Season 1 (52 x 11′) has recently been acquired by Germany’s Super RTL.

Based on an original IP from Cloudco, Boy Girl Dog Cat Mouse Cheese is “Brady Bunch meets Modern Family” in an animated comedic take on a blended family sitcom, with Dad’s “sons” — a boy, a dog and a mouse — and Mom’s “daughters” – a girl, a cat, and a piece of anthropomorphic cheese – learning to live together under one roof.

Launching late last year to consistently high ratings on both the BBC and DeAKids, Season 1 debuted in late May 2020 on Gulli as the #1 rated show in France for both children (ages 4-10) and teens (ages 11-14). Season 1 is now set to roll out on Germany’s Super RTL later this fall with additional sales in the works for Spain, Pan-Africa and elsewhere.

“Watchnext Media, Kavaleer Productions, Cloudco Entertainment and our collective talented creative staffs are elated by the global reception and rating successes of the first season of Boy Girl Dog Cat Mouse Cheese. We love all of the specific personalities and quirks of our cast and Season 2 will be chock full of new situations that keep them as funny, entertaining, and unpredictable as their fans and our broadcaster partners have come to expect,” said Philippe Alessandri, President of Watchnext Media; Andrew Kavanagh, President of Kavaleer Productions; and Sean Gorman, President of Cloudco Ent. in a joint statement.

“The launch of the first season on Gulli has been a tremendous success, offering children and their parents an opportunity to spend time together and bond,” commented Gulli CEO Philippe Bony. “We have commissioned Season 2 without a second thought and are looking forward to offering the new adventures of this mix-and-match, super-modern, endearing family to the five million viewers who watch Gulli every day.”

“We are excited to have acquired this wonderful animated series and share this special kind of family entertainment with our audience,” added Super RTL CEO Claude Schmit. “As the market leader for children’s entertainment in Germany, I am certain that Super RTL will also become part of the worldwide success story.”