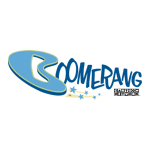 You know you can always rely on Boomerang, Cartoon Network’s all-cartoon-classics network, to provide us with some of our seasonal favorites during this time of the year, and the cabler certainly delivers again this month.

As part of Boomerang’s month-long “Christmas Party,” fans can enjoy over 90 hours of holiday programming, including a 30-hour marathon starting at 6:30 a.m. on Christmas Eve, and a Scooby-Doo marathon airing all day on New Year’s Day, and specials featuring Tom and Jerry, The Flintstones, The Jetsons, The Smurfs and The Powerpuff Girls and specials like The Town That Santa Forgot, Cabbage Patch Kids Christmas Special, A Scooby Doo Christmas Carol and Yogi Bear’s All-Star Comedy Christmas Caper (beginning on Dec. 25 at 9 a.m.)

To launch the New Year’s celebration a week later, Boomerang will include an all-day Scooby-Doo marathon, beginning Jan. 1 at 6:00 am. Cartoon fans can ring in 2014 with some of the best-beloved, spine-tingling Scooby-Doo classics, including Scooby, Scrappy and Yabba-Doo, The 13 Ghosts of Scooby Doo, and movie specials such as Scooby Doo and the Reluctant Werewolf and Scooby Doo and the Ghoul School.

A Jetson’s Christmas Carol (1985), Friday, Dec. 20, 8:30 a.m.: Mr. Spacely forces George Jetson to work late on Christmas Eve, while the family wonders what has happened to him. Later that night, Mr. Spacely is visited by his old partner, Jacob Marlesy, who tells him of three spirits that will visit him-and they do!-showing Mr. Spacely that his future is doomed unless he changes his ways.

Yogi’s First Christmas (1980), Saturday, Dec. 21, 9 a.m.: Yogi, Boo Boo and Cindy are awakened from hibernation and join their friends’ Christmas activities while interfering with 2 villians’ efforts to ruin the holiday.

The Town That Santa Forgot (1993), Sunday, Dec.15, 7 a.m.: Dick van Dyke stars as the voice of a kind grandfather relaying the tale of Jeremy Creek, a spoiled boy who learns it is better to give than to receive.

Tis the Season to be Smurfy (1987), Sunday, Dec. 15, 7:30 a.m.: A holiday special based on the Emmy Award-winning Saturday-morning series, “Smurfs.” In the program, the Smurfs discover the wonder of Christmas, and the holiday spirit of giving and sharing.

The Powerpuff Girls: ‘Twas the Fight Before Christmas (2003), Thursday, Dec. 19, 8 a.m.: There’s a new Powerpuff Girl in town…or so she would have you think! Her fiendishly foul plot: to trick Santa into turning her into the fourth Powerpuff Girl! (And, in the process, make him believe the Powerpuffs have been very, very naughty!) Now, Bubbles, Blossom and Buttercup must explode into a Yuletide tornado of bad-girl-thwarting action to put Princess in her place—and keep Christmas from disappearing forever!

The 13 Ghosts of Scooby Doo (1985), Wednesday January 1, 9 a.m.: Shaggy, Scooby and friends must return 13 ghosts to a magic chest which they inadvertently released.

Scooby Doo and the Reluctant Werewolf (1988), Wednesday Jan 1, 2 p.m.: Scooby-Doo’s best pal, Shaggy, is turned into a werewolf, and it’s up to Scooby, Scrappy and his new girlfriend, Googie, to help him. 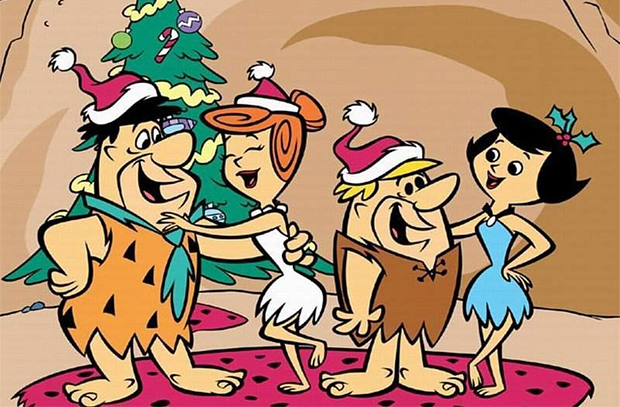