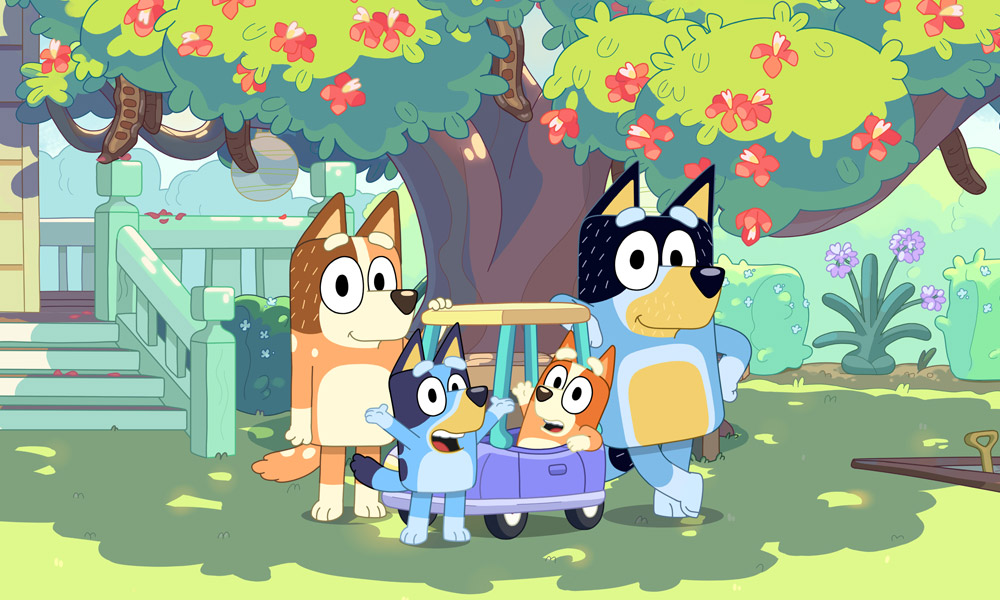 BBC Studios and Disney announce that a third season of the multi-award winning series Bluey will premiere globally on Disney Channel, Disney Junior and Disney+ in all territories outside of Australia, New Zealand and China. The announcement comes after two successful seasons of the hit show on Disney have won the hearts of families across the globe with warmth, humor and authentic depictions of contemporary family life.

“Our continued partnership with Disney in bringing Bluey to families across the world is a reflection of our shared passion and love for this wonderful, heartfelt series,” Said Henrietta Hurford-Jones, Director of Children’s Content at BBC Studios. “We look forward to continuing to give audiences a truly authentic look at a contemporary family and their friends, bringing warmth and humor to daily life.”

Created by Joe Brumm and produced by the Emmy Award-winning Ludo Studio for the Australian Broadcasting Corporation and BBC Studios, Bluey follows a lovable and inexhaustible six-year-old Blue Heeler puppy who lives with her dad, mum, and four-year-old little sister, Bingo. In every episode, Bluey uses her limitless Blue Heeler energy to play and turn everyday family life into extraordinary adventures.

Bluey has proven to be a genuine co-viewing experience, bringing the whole family together to enjoy the show, while delivering impactful and poignant moments for every generation.

“We are really excited that our brand new season of Bluey, currently in production, will be coming to Disney. Season three will bring us more fun and games at home with the Heelers and out and about with Bluey and Bingo’s friends,” said Charlie Aspinwall, Executive Producer for Ludo Studio.

The series is now available in over 60 countries and is quickly becoming a global hit. In its home market of Australia, Bluey is the #1 show on ABC’s iView, generating over 480 million plays across season one and two since its launch in 2018 (source: OzTAM). In the U.S., across Disney Junior and Disney Channel in Q1 2021, Bluey was the #3 most watched TV series with kids 2-5 (NPower). Across digital platforms, Bluey has been the #1 series in the DisneyNOW app in video starts for the last 50 consecutive weeks (Adobe Analytics) and Bluey content has garnered 600M views to date on YouTube (YouTube CMS Analytics, Tubular).

As well as winning audiences worldwide, Bluey has scooped up multiple awards, such as the International Emmy Kids Award in the prestigious Preschool Category in 2020, and its second AACTA Awards for Best Children’s Program that same year. This year, the series took home four Kidscreen Awards in February.

Jointly commissioned by BBC Studios & ABC, Bluey is produced by Ludo Studio in association with Screen Queensland and Screen Australia.