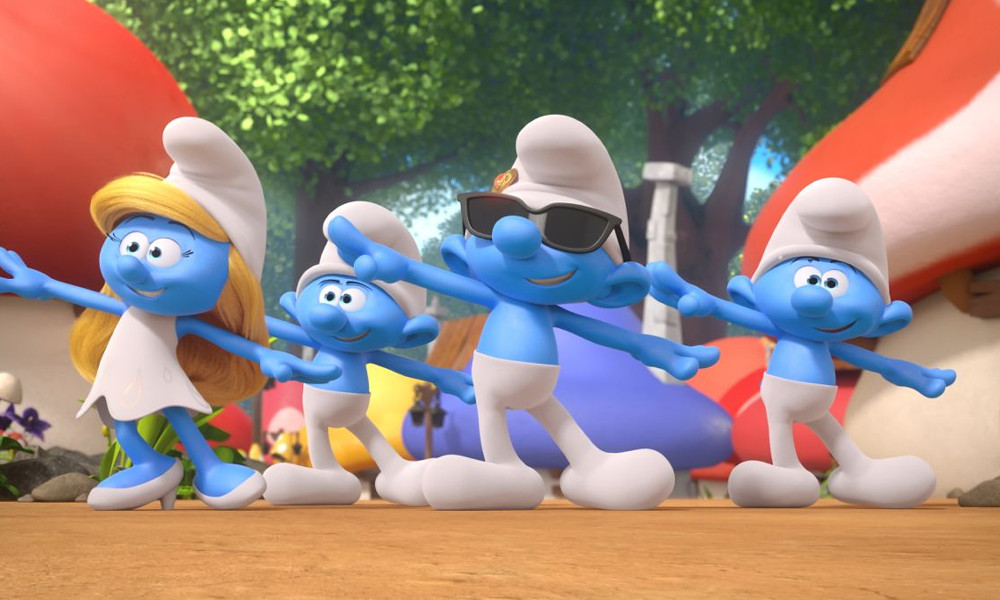 Friday nights may never be the same this fall as Pierre “Peyo” Culliford’s beloved little blue characters are making a CG-animated comeback on Nickelodeon. The new show The Smurfs, which also makes its debut internationally this fall, follows the further adventures of Papa Smurf, Smurfette, Brainy, Hefty, Clumsy and the other eclectic residents of Smurf Village. 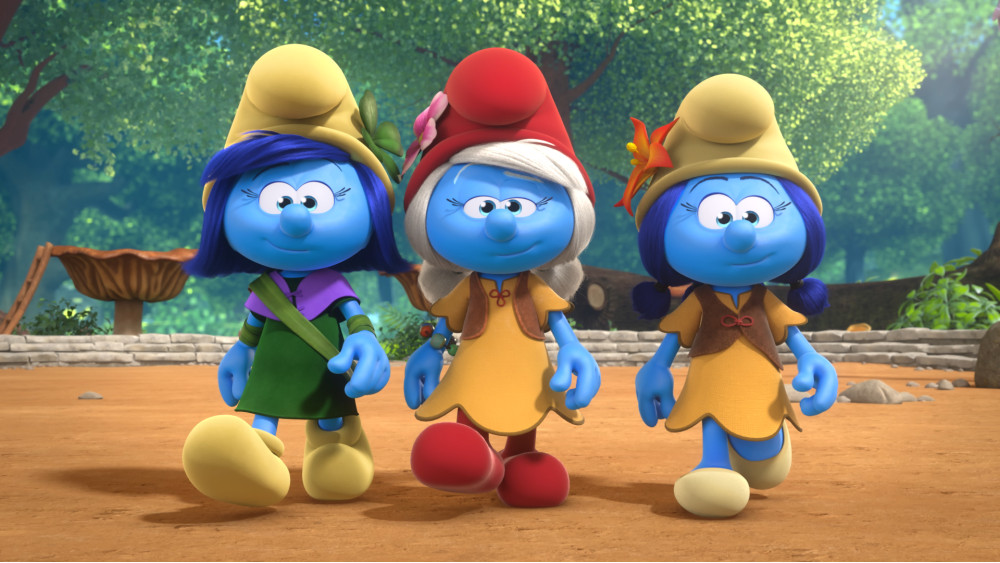 Series writers Peter Saisselin and Amy Serafin, who worked together on the Alvinnn!!! and the Chipmunks series, were kind enough to answer a few of our burning questions about this new incarnation of the characters. “The visual universe of our show is truly amazing,” says Saisselin. “You won’t see a TV show with this level of 3D animation. It’s really movie quality. But beyond that, we love the characters — everything from their cleverness and kindness to their funny little flaws. Nobody is perfect, and we think it’s important for kids to see that that is okay.”

Years ago, Saisselin had worked with Jan Van Rijsselberge, a series creator who was hired by rights holders Peyo Productions as creative advisor. “Jan put us in touch, we wrote up a proposal on how to treat the new series, and the producers, Peyo Productions and Dupuis Audiovisuel, chose our submission. And then the adventure began!” 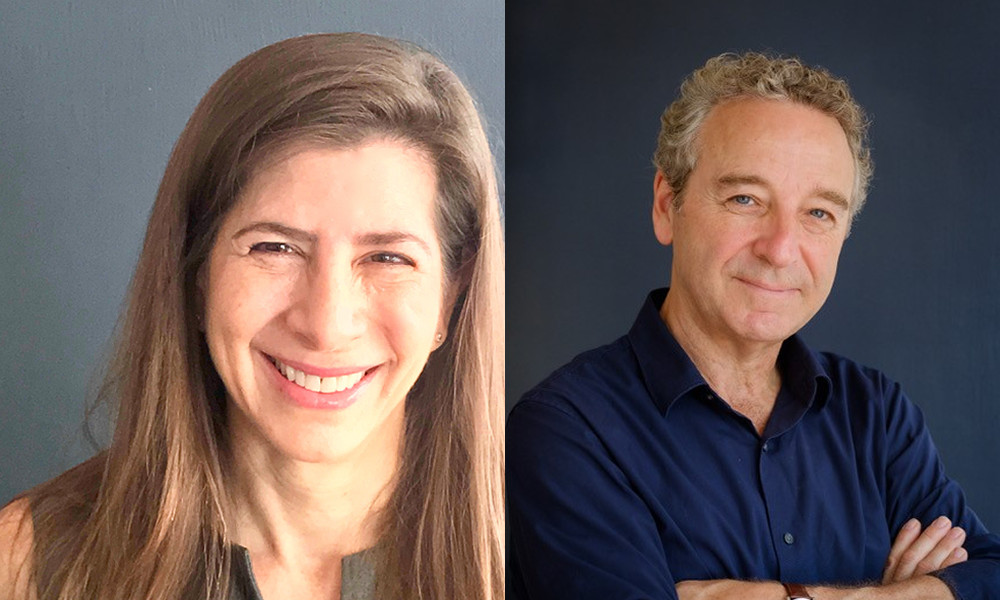 To prepare this classic property for today’s audiences, the writers had to revise elements of the old Hanna-Barbera series that perhaps would not appeal to today’s viewers who have shorter attention spans. “If you look at the 1980s series, the pace is pretty slow,” notes Serafin. “We just don’t think it cuts it for today’s audiences. So we had to make sure the gags were fast, the jokes on target and the stories had twists and turns to keep contemporary audiences engaged. What’s surprising is how well the humor in the books holds up. They are still really funny. We wanted to keep that quirky, slightly off-kilter tone.”

Saisselin says there are many reasons the classic property continues to charm younger fans. “This mushroom village, or ‘commune’ of little creatures living in the woods, overseen by this slightly grumpy father figure is so unique,” he says. “They are so cute and funny — responsible, independent individuals at the same time they are chaotic, irresponsible kids. The Smurf universe is a place where mayhem is a constant, and yet it always ends up being okay. We suspect that a lot of people, kids and adults, secretly wish there were Smurfs living in their backyards. 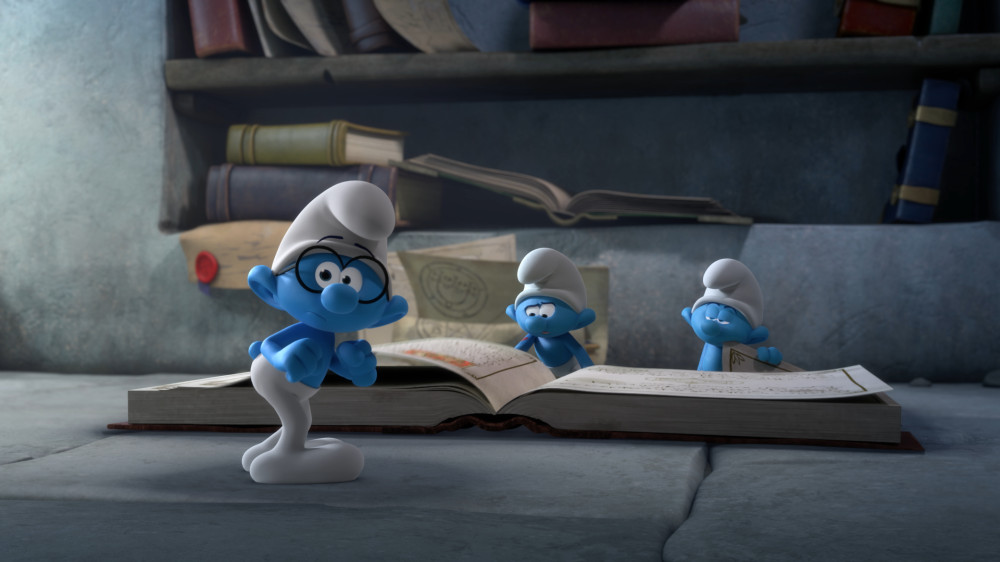 The two writers are both quick to praise the high visual standards of the new show. “The animation is all CG and very close in appearance to Sony’s 2017 movie, Smurfs: The Lost Village,” says Serafin. “That was what the producers and the director were aiming for. There are also a lot of ‘cartoon’ elements in the new series; squash and stretch and that sort of thing,”

“We hope audiences will see a safe, joyous place where kids can marvel at these little blue people who get in all sorts of trouble but who always help each other,” note the writers. “Fights don’t last long. In the end, community and the ties that bind it are the most important thing. We also hope that kids of all ages (and maybe even some adults) will get a few good laughs out of the stories!”