The trio of comedy stars will provide voices for characters in the series and serve as executive producers. The comics play three friends who run a bounty hunting business. The series is produced by Muse Entertainment and Parallel Entertainment.

The series was created Glenn Clements, Ben Levin and Matt Burnett. Executive producers on the series also include Joel Rice, Michael Prupas and Jesse Prupas, all from Muse; J.P. Williams and Jennifer Novak, from Parallel; and Jayson Dinsmore, Eliot Goldberg and Melanie Moreau for the network.

Here’s a promo image for the series: 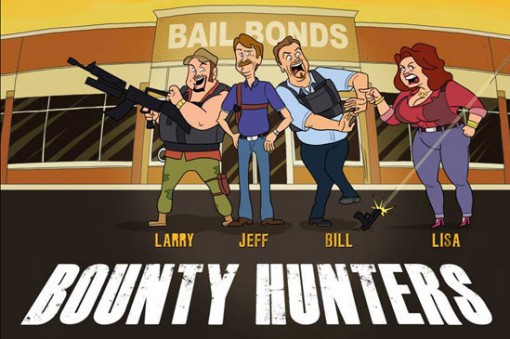 What do you think, Animag readers? Does this tempt you to turn in? Or would you rather be bailed out on this one? Let us know in the comments.