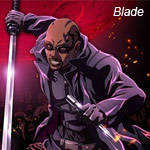 A new anime series based on Marvel’s Blade will launch  on the G4 network Friday, January 13 at 11 p.m., the channel has announced. Harold Perrineau (Lost, The Killing Jar, The Matrix: Reloaded) voices the Daywalker known as Blade in his animated debut. The new series will offer 12 half-hour weekly episodes packed with animated action, terrifying villains and tons of bloodsucking beasties.

The show follows the vengeance quest of Eric Brooks, a.k.a. Blade, whose mother was bitten by a vampire while pregnant with him, imbuing him with a vampire’s strength and blood cravings but without vulnerability to sunlight. A master of weaponry, Blade travels across East Asia hunting down the villain Deacon Frost, with vampire hunter Makoto at his side. Blade is directed by Mitsuyuki Masuhara (Chi’s Sweet Home, Kobato), written by Kenta Fukasaku (Battle Royale) with music by Testuya Takahashi (Appleseed, Resident Evil: Degeneration). The animation is produced by Japan’s Madhouse for Marvel Ent. and Sony Pictures Entertainment Japan. The series will be distributed by Sony Pictures Television. 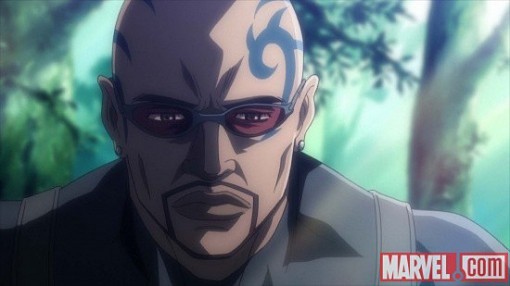 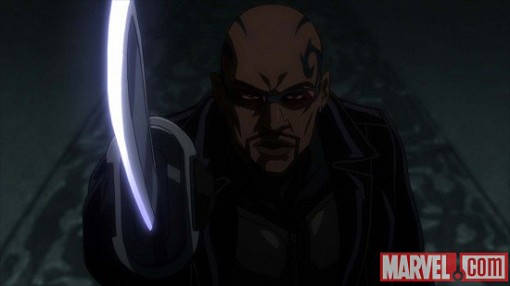 Blade will be the final chapter of the Marvel original anime series, rounding out G4’s partnership with Marvel. Previous outings Iron Man, Wolverine and X-Men which premiered last year were big hits with viewers, especially the channel’s key demo of males 18-49.