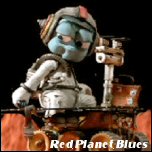 Kelli Bixler, co-founder of Chicago-based clay animation studio BixPix, has informed us that her team has completed a short piece of animation that will air this weekend on Saturday Night Live. Airing at 11:30 on NBC, the Dec. 17 show will be hosted by Jack Black (King Kong), with musical guest Neil Young.

Controversial radio personality Howard Stern is also scheduled to make an appearance during the broadcast, but it’s the animation we’re tuning in for. Bixler says she’s sworn to secrecy regarding many details of the piece, revealing only this: ‘It’s approximately 2 1/2 minutes of stop-motion animation. The theme is Christmas and it parodies the ol’ Suzy Snowflake style of animation, which is very simplistic.’

Bix Pix previously worked for NBC on an award-winning commercial spot that celebrates the broadcaster’s 75 years of Memories on NBC. The clay-animated walk down memory lane from Bonanza to The West Wing won Bix Pix the Gold and Silver Plaque at the 2003 Chicago Int’l Television Awards, and was a finalist in the New York Film Festival. You can check out a clip at www.bixpix.com. The website also features a clip from the company’s new 35mm short, Red Planet Blues, produced in association with Mixed Emotions Prods.