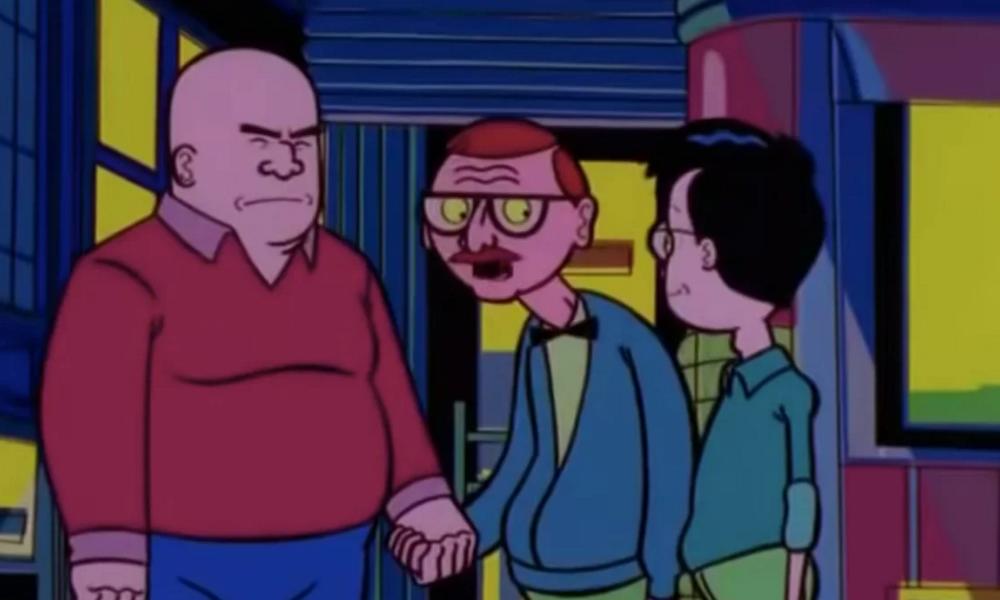 Mission Hill may be the next adult animation cult-hit to return to airwaves, as creators Bill Oakley and Josh Weinstein report they are working on rebooting the concept with a new focus on supporting characters Gus Duncz and Wally Wangford — a married gay couple. Oakley Tweeted (after a not-so-subtle jab at Scott Adams) that the project is tentatively titled Gus & Wally and will be shopped to buyers in the near future.

MISSION HILL FANS: FYI @Joshstrangehill are working on bringing the show back and are taking it out to buyers soon. The new show takes place about six months after the original series ended (so 2000) and there is more Gus & Wally which is why it is tentatively titled GUS & WALLY

Originally airing on The WB from 1999 to 2000, and then on Adult Swim in the summer of 2002, Mission Hill centers on 24-year-old hipster Andy French, whose big-city loft life is shaken up when his sheltered teenage brother Kevin moves in with him and his roommates from the ‘burbs.

Gus, a burly diner owner in his 60s inspired by old Hollywood “tough guy” actors like Broderick Crawford and Lawrence Tierny, was voiced by Nick Jameson (Star Wars: The Clone Wars, Spider-Man: The Animated Series, 24). Tom Kenny (SpongeBob SquarePants) portrayed Wally, also a 60-something-year-old man who works a projectionist at the local arthouse movie theater; the character was based on Oscar-winning British actor David Niven. The positive, non-stereotypical portrayal of Gus and Wally’s relationship earned the series a GLAAD Award. The show also won a Pulcinella Award from Cartoons on the Bay in 2000.

Oakley and Weinstein created Mission Hill after working as writers, showrunners and exec producers on The Simpsons from 1992 to 1997 and winning three Primetime Emmy Awards. The pair later served as consulting producers on Futurama and as exec producers on the short lived Sit Down, Shut Up. Oakley’s writing and producing credits also include The Cleveland Show, Yo Gabba Gabba and sketch comedy Portlandia. Weinstein returned to Futurama (adding another Emmy, Annie Award for writing and Writers Guild of America Award to his accolades) and co-created the comedy-mystery mixed-media series Strange Hill High for CBBC in 2013.