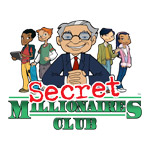 Microsoft chairman and philanthropist Bill Gates will be making his big animated debut on a new episode of The Hub’s Secret Millionaires Club this Sunday at 9 a.m. The A Squared Entertainment toon features billionaire Warren Buffett offering financial and business tips to a group of kids. In the special episode, called “The Gift,” Bill Gates challenges the kids to help solve a community’s lack of electricity in an African village.

The show is no stranger to high-voltage guests. Previous guest voices have included Jay-Z, Shaquille O’Neal, Beyonce and Nick Cannon. The series, which first debuted in October 2011, is exec produced by Amy and Andy Heyward and Lifeng Wang. Distributed by A Squared Entertainment the show is produced by Berkshire Hathaway, Bang Zoom! Ent. and Xing Xing Animation.

Squared Entertainment creates, produces and distributes original “content with a purpose” for kids. In addition to Secret Millionaire’s Club, the company is producing Thomas Edison’s Secret Lab to encourage kids in math and science. Other toons include Martha & Friends and Gisele & the Green Team with Gisele Bundchen to enlighten kids about the environment. The company also has an exclusive partnership with Stan Lee’s POW! Entertainment and Archie Comics and recently announced a merger with Genius Entertainment. 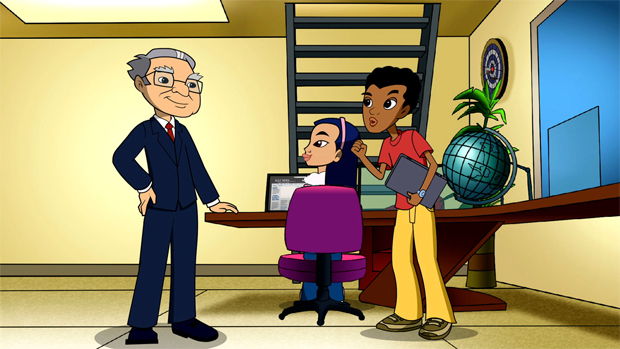