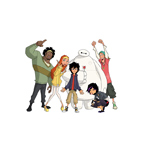 The highly anticipated continuation of Hiro’s adventures in San Fransokyo Big Hero 6 The Series will launch with a big premiere weekend with two back-to-back episodes on Saturday, June 9 and Sunday, June 10 at 9 a.m. ET/PT on Disney Channel, DisneyNOW and Disney Channel VOD platforms. Following the premiere, episodes will debut every Saturday through September.

Executive producers Mark McCorkle and Bob Schooley said, “The Big Hero 6 The Series crew has been busy cooking up exciting new adventures for Hiro, his best friend Baymax and the rest of the Big Hero 6 team as they continue their journey together in San Fransokyo. We cannot wait for the audience to come along for the fast and funny ride.”

The new toon will kick off with with a bang as Emmy-nominated actress Christy Carlson Romano reunites with the creative team of Kim Possible — Emmy-winning producers McCorkle, Schooley and Nick Filippi — to guest star as bot-fighter Trina.

In addition to the series, shorts featuring Baymax will debut across Disney Channel, DisneyNOW and Disney Channel YouTube beginning Thursday, May 31. A line of consumer products will be available on shopdisney.com on May 1, at Disney stores on June 1 and at retailers nationwide on July 1. A DVD from Walt Disney Studios will be released on June 26. 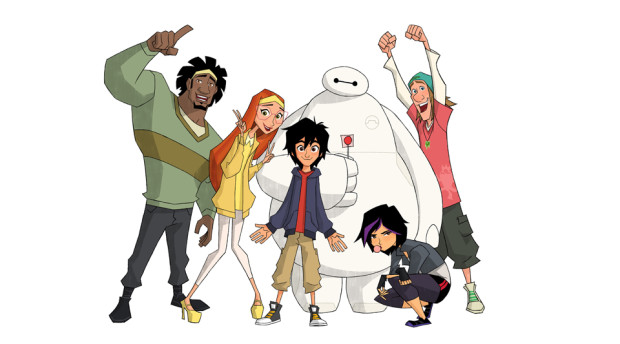