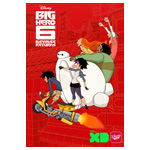 The highly anticipated 2D follow-up to the Oscar winning Disney/Marvel feature will be blasting off next month, as Big Hero 6: The Series launches with a one-hour special “Baymax Returns” on Monday, Nov. 20 at 8 p.m. EST. The TV movie will premiere simultaneously on Disney XD and Disney Channel, and will be available on the DisneyNOW app and Disney XD VOD.

Set in the fictional city of San Fransokyo, “Baymax Returns” explores the moment in the 2014 feature film when Hiro believes that his compassionate, cutting-edge robot Baymax is lost in the portal forever, and discovers the chip his brother Tadashi designed to create Baymax. The 14-year-old tech genius Hiro begins school as the new prodigy at San Fransokyo Institute of Technology and sets off to rebuild Baymax, but his overconfidence and penchant for taking shortcuts leads him and the newly minted Big Hero 6 team – Wasabi, Honey Lemon, Go Go and Fred – into trouble.

A customizable, interactive virtual assistant called Pocket Baymax launches on DisneyNOW the same day. Need more digital incentive? Two full-length episodes of Big Hero 6: The Series will debut exclusively on DisneyNOW and Disney XD VOD immediately after the movie airs, ahead of its official broadcast premiere in early 2018. Starting Nov. 24, a series of shorts will rollout each Friday for six weeks on Disney XD, the app and the network’s YouTube channel. An international TV rollout for the whole lot will occur throughout 2018.

You can read more about the creation of the series in the December issue of Animation Magazine (No. 275), available soon. 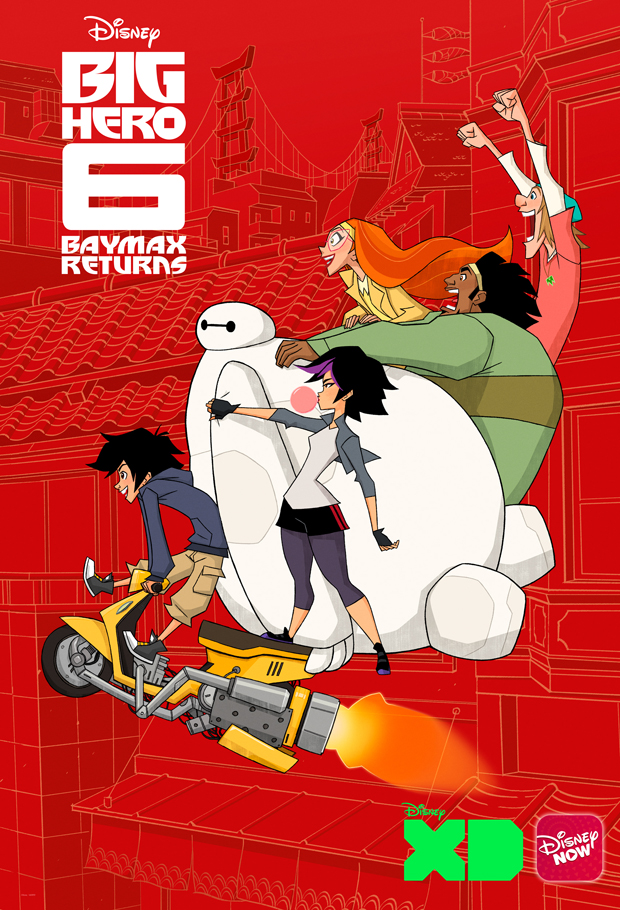