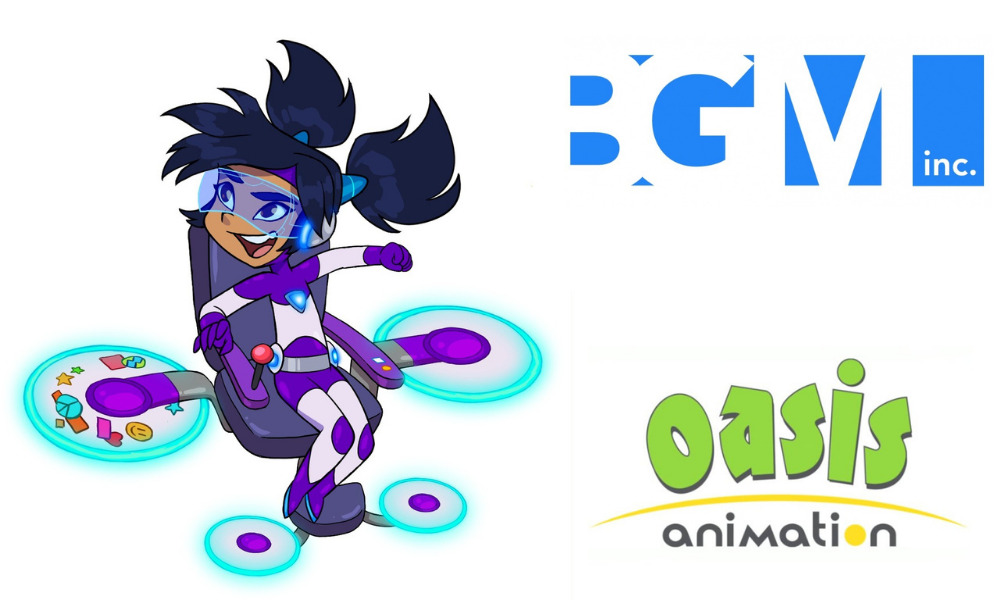 The TVOkids Original show is aimed at a ‘bridge audience’ of five- to seven-year olds. The exec producers are Bruno Dubé for Sphere Media; Marlo Miazga, Sean Connolly and Andrea Griffith for BGM; and Jacques Bilodeau and Isabelle Bilodeau for Oasis Animation. Marney Malabar, Director of Kids TV at TVO will also executive-produce the series for the Canadian media and learning organization.

The project is a multi-partner collaboration, with participation from Société Radio-Canada, Knowledge Network, TFO, the Shaw Rocket Fund, the Canada Media Fund and Quebecor Fund.

“TVOkids families are going to love Riley Rocket for its energy and positivity,” said Malabar. “This series will also speak directly to kids whose experiences aren’t often represented on screen, and that’s going to offer everyone a meaningful learning opportunity.”

An original creation from award-winning composers and producers, Matthew Gerrard and Mladen Alexander from Mojumbi Entertainment, Riley Rocket follows the musical adventures of Riley and her friends Alex and Theo, who, in between performing in their band, morph into superheroes to save their hometown of Greenville from disaster. Riley has a special superpower: her awe-inspiring rocket-powered wheelchair. She’s always ready to jump into action to prove how an ordinary kid can do extraordinary things — with a little help, a lot of heart and a can-do attitude.

Gerrard is a composer and producer for international stars including Kelly Clarkson, Miley Cyrus, Cher and Hilary Duff. He has contributed songs to the multiple platinum soundtracks for Hannah Montana Seasons 1, 2 and 3 and the blockbuster High School Musical franchise. His theme song for Dora and Friends: Into the City won an Emmy Award for Outstanding Original Song.

Alexander is a producer, songwriter and guitarist who has contributed to numerous hit records and has written music for television and film such as Disney’s Pixel Perfect, Degrassi and the award-winning, critically acclaimed Matthew Shepard Story.

“BGM has been through a huge overhaul in the last couple of years, which has transformed us into an exciting and robust vehicle to drive our ambitions in terms of genre, creativity and partnerships. Riley Rocket is beautiful in many ways — its heart, its message, its incredible music and its innovation.” Said BGM President, Miazga.

Bilodeau, President of Oasis Animation, added, “The Riley Rocket series is the first original project to go in production within the Sphere Media umbrella. We were very much pleased with the concept and felt that the timing was perfect for a show presenting different perspectives, stories and faces on screen. We’re also of course very excited to be collaborating with BGM within the Sphere Media Group.”

Founded in 2003, Oasis Animation is the biggest 2D animation studio in Quebec and one of the biggest in Canada, employing 150+ people. The company is known for its international productions like F Is for Family, Arthur and Curious George. It has also produced Two Nuts and Richard for Teletoon at Night and Ben’s City for CBC.