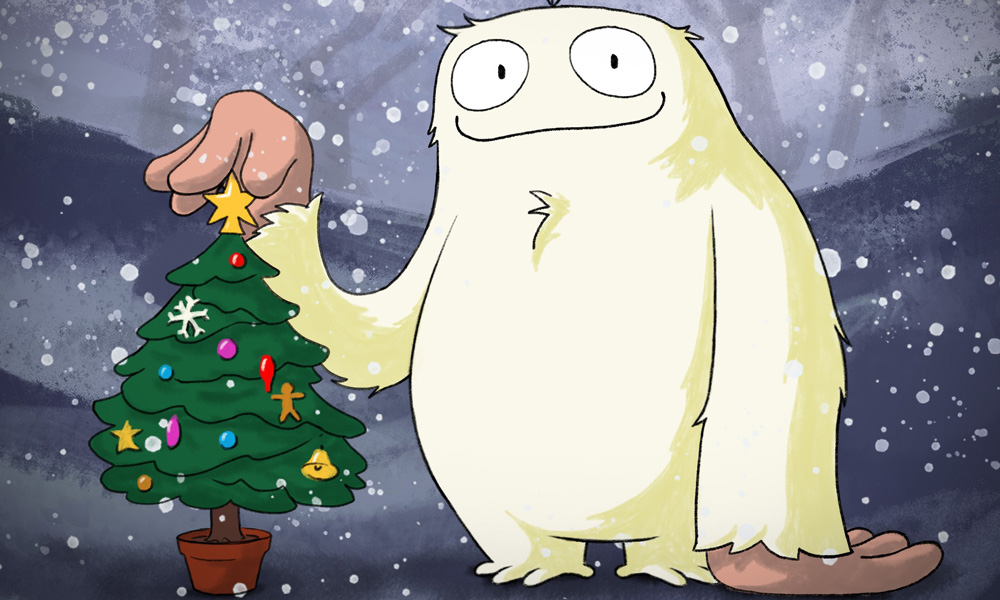 The BFI has unveiled the latest slate from the government backed Young Audiences Content Fund (YACF), revealing 12 brand-new and distinctive commissions, a recommission and five new development awards from across the U.K. This new slate lands following the recent success of YACF backed content such as animated preschool series Milo — which launches on Channel 5’s Milkshake! today.

Addressing a deficit of new distinctive children’s content that inspires and reflects the lives of young people in the U.K., the YACF is designed to contribute up to 50% of the production costs for projects that have secured a broadcast commitment from a free-to-access, Ofcom regulated platform, and supports producers to develop new ideas within this field. Today the YACF announced an enriching mix of animation, comedy, drama, sci-fi, political documentary and news.

The slate marks the first time ITV2 has ordered YACF-backed content; Channel 5’s Milkshake!, CITV, Channel 4, S4C and BBC ALBA all have brand-new commissions within this portfolio, including Terry Pratchett’s The Abominable Snow Baby, commissioned for Channel 4 as this year’s animated Christmas Special.

Previously announced as development projects, Pop Paper City (Milkshake!) and The Sound Collector (CITV) are today unveiled as commissions. The BFI has confirmed a 10% conversation rate of development awardees to commissions for the YACF, which is 5% higher than the industry standard, further demonstrating the positive role the YACF development support is playing.

Following a successful Spending Review, the YACF will continue into its third year and receive up to £10.7M ($15M) from the Department for Digital, Culture, Media and Sport for year three of the pilot scheme, totalling up to £44.2M ($62.5M) for the three years.

“We are so overjoyed that, despite the challenges of the past year, we are still continuing to make such a vital contribution to the children’s media landscape. To see all of these new unique and distinctive projects commissioned that speak to public service values and reflect and represent the U.K. is truly wonderful,” said Jackie Edwards, Head of Fund. “We are thrilled that we are achieving a conversion rate of 10% of development to production, showcasing the Fund’s use of resources and the value for money within the sector. Public service content is now, more than ever, such a vital resource for young audiences, serving a range of different stories that offer a varied and broader perspective for young minds in the U.K., that are free and accessible to all.”

Minister for Media and Data John Whittingdale said, “I’m pleased that a new raft of exciting productions for young audiences will be brought to life through this round of awards. It is fantastic to see this publicly funded scheme continues to support homegrown talent and original TV that inspires young people and properly reflects the world they live in.” 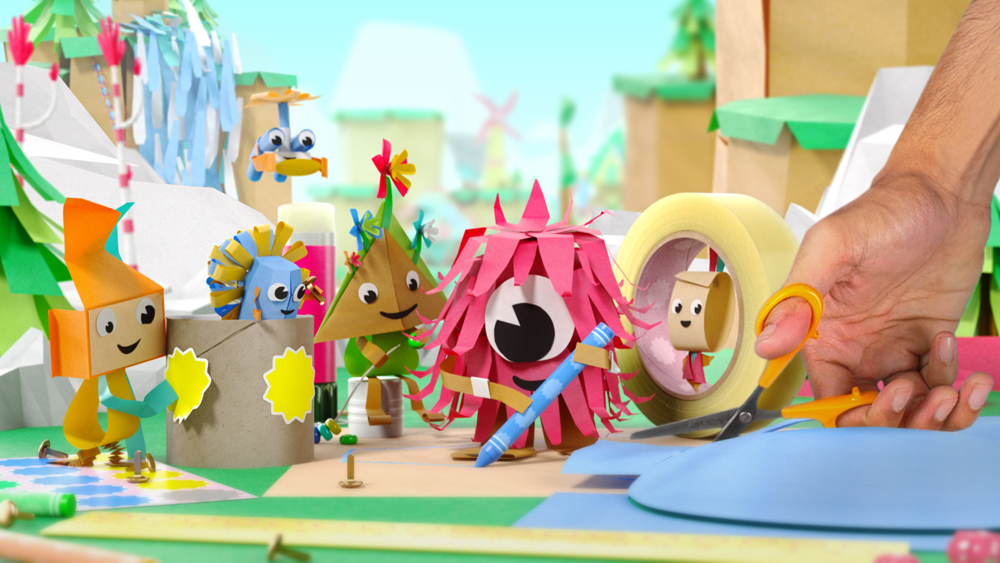 Channel 5’s Milkshake!
52 x 11′ vibrant preschool mixed-media craft series Pop Paper City, produced by LoveLove Films IP and their first series commission. Pop Paper City is an innovative, vibrant 3D show that blends crafting and storytelling as it follows the adventures of a group of unique friends who live in Pop Paper City, the capital of a captivating paper world. The show’s philosophy is ‘Creating Adventures Together’. In each of the 11-minute episodes, the characters find a new way to have fun together by creating new parts of their already impressive world, using craft to overcome challenges and complete their adventure. Live-action montages with a ‘Helping Hand’ within the show teach children how to make the paper creations along with the characters, encouraging ‘doing as well as viewing’ in this beautiful series.

Louise Bucknole, VP Programming Kids, ViacomCBS Networks International, U.K. & Ireland, commented: “We’re delighted to be welcoming the wonderfully creative Pop Paper City to Milkshake! thanks to our ongoing partnership and support from the BFI’s Young Audience Content Fund. Pop Paper City is a unique and engaging show that blends craft and adventure that is perfect to inspire the creativity of preschoolers, whilst teaching them the value of friendship and teamwork and it joins a broad range of best in class U.K. produced kids content on Milkshake!” 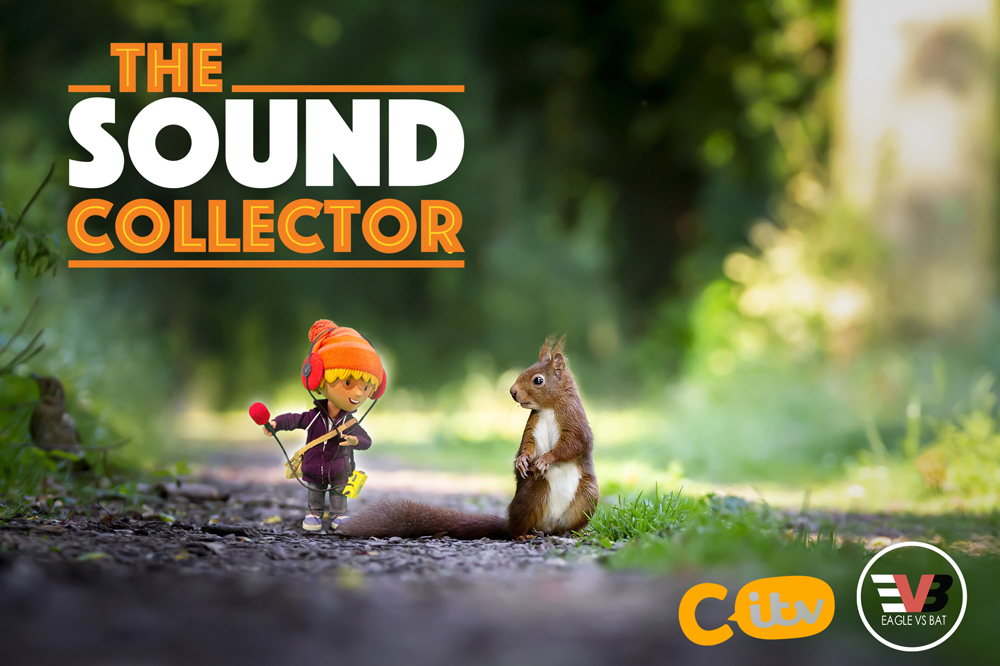 CITV
60 x 5′ stop-frame and live-action series The Sound Collector, produced by Eagle vs Bat. The Sound Collector lives in a tiny house under an old watermill with his best friend and pet, Mole. Every day is full of potential as the Sound Collector puts in his hearing aids and headphones, grabs his mic and heads out into the world to collect sounds on his tape recorder – sounds that fascinate him and sounds that we maybe take for granted. At SIX inches high, he is full of wanderlust in a world providing a never-ending symphony for him to explore and capture one sound at a time.

26 x 7′ New preschool animation Happy (Paper Owl Films) for CITV and S4C. A series that follows the adventures of a little hedgehog called ‘Happy’. Our unlikely hero learns how to build the emotional resilience needed to ‘go with the flow’ and find a balance amid life’s noise and haste. This show tells us all that it’s OK not to be OK… and importantly it offers ways to cope when challenging feelings get in the way: building strong friendships and realising that those challenging moments will pass. But of course good moments don’t last forever either, so if we have a good feeling, we should share it. Because the more we share our good feelings, the more good feelings there are in the world. 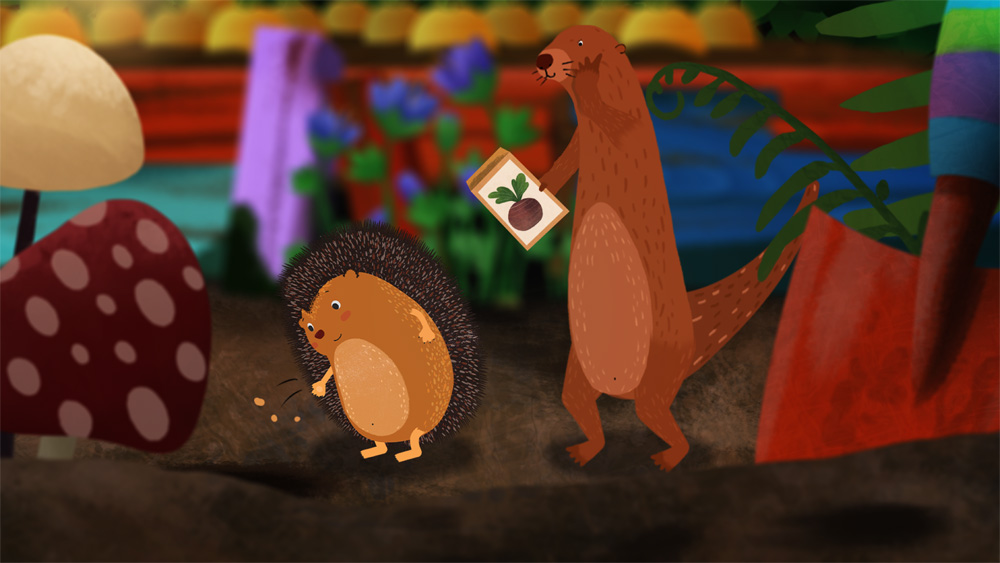 S4C
8 x 20′ children’s drama and animation series Dwdl a Fi, produced by Cynhyrchiadau Ceidiog Creations Cyf. A new drama and animation series featuring Dwdl – an animated character helping children to deal with mental health issues. Based on real life experiences and using a blend of dramatic live action and surreal animation the series will raise awareness of mental health conditions, such as anxiety, lack of confidence, OCD, Grief and PTSD and discuss different ways of dealing with those conditions and the emotions they cause.

Sioned Wyn Roberts, S4C’s Children Commissioner, said, “We are delighted to announce a range of brand new series for children and young people in Wales. Our latest programs include appealing and timely series that address important topics such as mental health and emotional well-being in a subtle and fun way. From sci-fi to the election to wellbeing – our new slate of productions are diverse and inclusive and will inform, educate and captivate our young audiences. We are extremely grateful to the Young Audiences Content Fund for their support in enabling us to bring these productions to life on screen.” 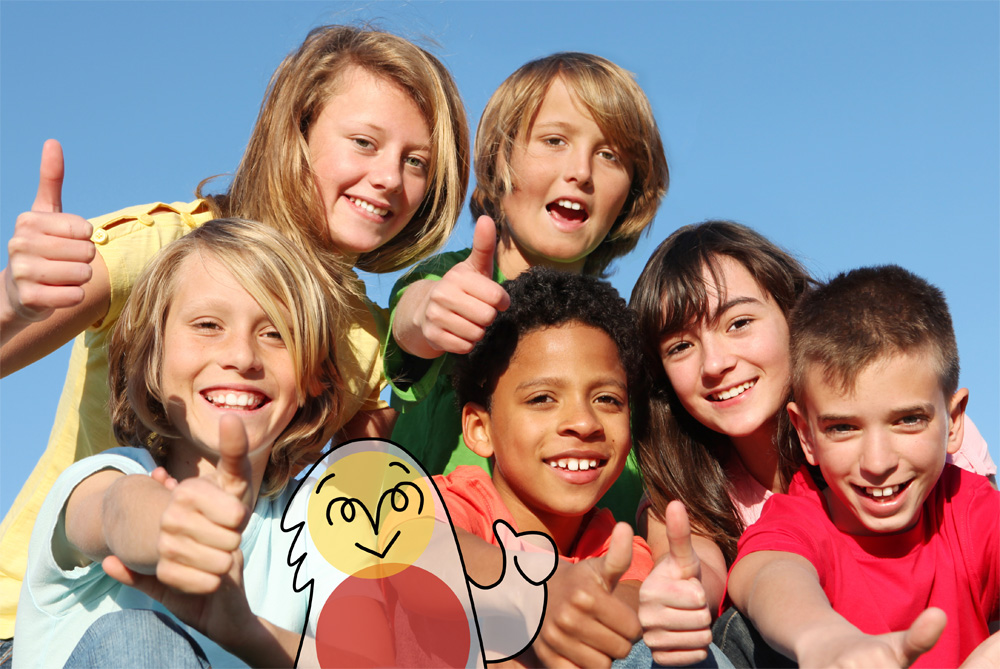 Channel 4
Animated Christmas Special based on Terry Pratchett’s The Abominable Snow Baby, produced by Eagle Eye Drama. Produced by Eagle Eye Drama, the production company recently launched by the team behind global drama brand Walter Presents. The animated Christmas special is based on a short story from a bestselling book of Christmas tales (Father Christmas’ Fake Beard) by one of Britain’s most illustrious and well-loved authors, Sir Terry Pratchett. The magic of Pratchett, the legendary national treasure and maverick British author who sold over 100M books worldwide and has been translated in 40 languages, comes to life in this half-hour program. The Abominable Snow Baby tells the story of a quintessentially English town which is thrown into disarray by a huge snowfall and the dramatic appearance of a 14-feet-tall Abominable Snow Baby.