The Dark Knight will enter a new dimension for Cartoon Network as part of the network’s upcoming “DC Nation” programming block, set to debut in spring of next year. A new CG-animated series titled Beware the Batman is slated to join the line-up in 2013—until then, expect recent and upcoming titles such as Young Justice and Green Lantern: The Animated Series to populate the block.

Sam Register, EVP for creative affairs at Warner Bros. Animation, made the announcement at the MIP Junior market in Cannes, revealing that Glen Murakami (Batman Beyond, Teen Titans) will be executive producer. DC Comics character Katana will replace Robin as Batman’s sidekick, and the show will dig deep into the franchise’s “villain library” –with the promo image revealed featuring Professor Pyg and the Circus of the Strange. “We didn’t want to do another Joker story,” Register explained. “We just needed to do something new, so we’re starting off with new villains.” 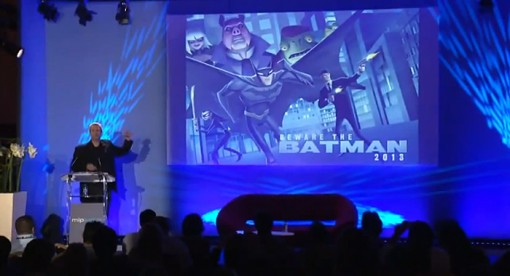 According to ScreenRant.com, in addition to these core series, “DC Nation” will bring DC fans further into the universe with shorts from the likes of Aardman Animations, in its distinctive style, and Super Best Friends Forever spots featuring Wonder Girl, Batgirl and Supergirl, and others starring Plastic Man and even Doom Patrol. Live action news shorts will highlight top DC talent and stories of DC fans. 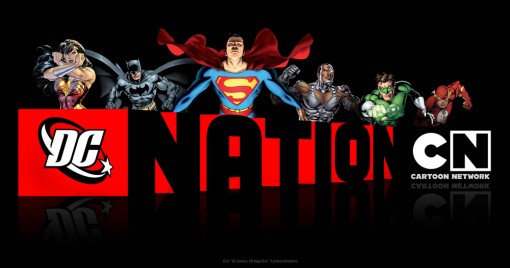 While Beware the Batman is a ways off, a sneak peek at Green Lantern is planned for next month on Cartoon Network as it prepares to enter a new age of TV heroes.