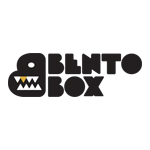 Burbank-based animation studio Bento Box Entertainment, which is best known for producing the animation for FOX TV’s Bob’s Burgers and Comedy Central’s Brickleberry, is now developing and producing original animated content, says Deadline.com. The studio which was founded four years ago by Mark McJimsey, Joel Kuwahara and Scott Greenberg, has launched a new creative development and original programing division, which will be headed by veteran comedy executive Mike Clements.

Clements has 14 years of experience as a network comedy executive at Fox and the WB Network. He has worked on such animated series as The Simpsons, King of the Hill, The PJs and The Oblongs. For the past eight years, he ran development for Tom Werner’s Warner Bros. TV-based company, serving as executive producer on animated comedies The Life & Times of Tim and Good Vibes.

“At this point in time, we were looking to find somebody who can help elevate us in the marketplace, and Mike has great relationships with creative talent,” Greenberg told Deadline. “The company’s expansion shows the industry that we’re serious about our commitment to grow and be an independent studio while still working closely with partners to make their shows.”

With studios in Burbank and Atlanta, Bento Box  is also working on the animation for Fox’s upcoming series Murder Police, IFC’s Out There, Hulu’s The Awesomes and YouTube’s Glove & Boots.