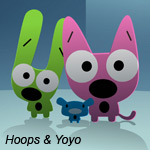 Based on the popular Hallmark e-card characters created by artist Bob Holt and Mike Adair, the seasonal special was directed by Bent’s Rob Shaw and finds the hilarious pink cat and green bunny (voiced by Adair and Holt) and their friend Piddles (Bev Carlson) on a last minute quest for costumes on Halloween. When a big box store yields no results, they turn to the mall—only to be locked in! Hallmark writers Dan Taylor, Peter Martin, Bev Carlson and Michael Hauge wrote the script, though roughly half of the dialogue is improvised.

Haunted Halloween was animated using Toon Boom, with the characters being translated from Flash. Backgrounds were created in Illustrator and the show was composited in After Effects.

“We tried to find a little bit of stuff to bring it more into the television realm from the web realm, adding a little bit of smoothing and some nuance to the performance and animation,” says Shaw. “But at the same time they have this snappy, poppy, bouncy motion and we wanted to keep that because obviously it’s super important to who they are.”

You can catch Hoops & Yoyo’s Haunted Halloween on the Hallmark Channel on October 26 at 7pm/6pm central. Get into the spirit with this cute animated music video for the rockin’ original song, “Wacky Werewolf”. 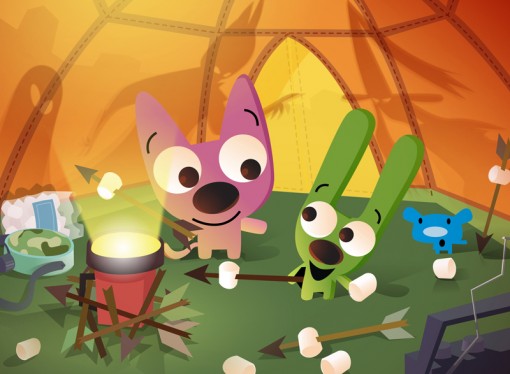