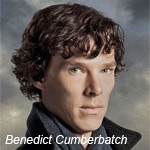 Benedict Cumberbatch, star of mystery-solving TV sensation Sherlock, will be guest starring in Sunday night’s special Valentine’s Day themed episode of The Simpsons on Fox. The episode is chock full of romantic pitfalls as Bart’s object of affection Mary Spuckler (Zooey Deschanel) comes back to Springfield, while Homer puts his foot in it with Marge yet again. His clever plan to win back her affections is to study British movies to figure out what women want—joined by Bart and some dog-housed husbands at the Brokewood Apartments. In Love, Indubitably, Cumberbatch will voice both a British Prime Minister and Harry Potter professor Severus Snape (portrayed by Alan Rickman in the Potter films).

Entertainment Weekly has an advance clip from the episode; you can view it here.

Fox’s Sunday night animation block will also offer holiday-appropriate eps of Family Guy, American Dad!, Bob’s Burgers and The Cleveland Show, so if you have a hot date planned for the 14th, stay in this weekend and enjoy. And if you don’t have a hot date, DVR the whole lineup so you can watch it on the 14th with your cat. 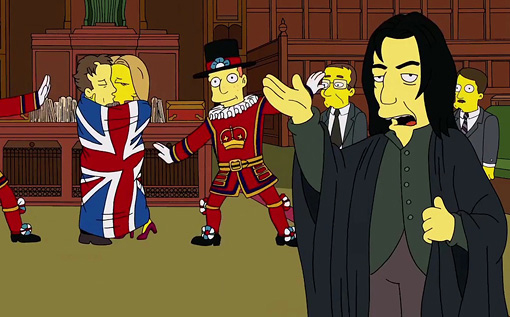