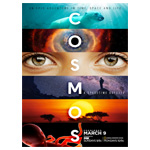 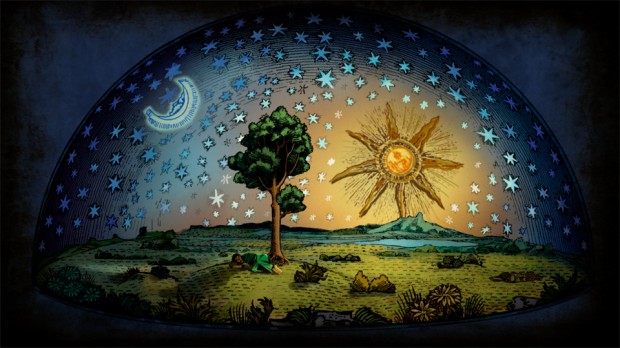 It should be no surprise that the idea to animate historical sequences for Fox’s hit science series Cosmos: A Spacetime Odyssey came from Seth MacFarlane.

Best known as the creator of Family Guy and co-creator of American Dad! and The Cleveland Show, MacFarlane had helped grease the wheels at Fox for the show, a continuation of the classic and monumentally influential 1980 PBS series Cosmos: A Personal Voyage, hosted by the late renowned scientist and educator Carl Sagan. MacFarlane’s involvement as executive producer and his years of success at Fox put him in the ideal position to propose the series’ historical recreations — done in live-action in the original series — could be more effectively and interestingly done with animation.

It was Kara Vallow, a veteran animation producer who had long worked on MacFarlane’s various series, to whom MacFarlane gave the responsibility of taking this idea and really making it work.

For her part, Vallow says the suggestion surprised her and at first she had no idea what MacFarlane had in mind or how it was even possible to do it well enough to live up to the grandeur, wonder and gravitas Cosmos was known for.

“It was kind of a puzzle,” says Vallow. “I spent one whole night just thinking about it. Is it possible to come up with something that’s going to be unique and going to be able to clearly tell these stories and is going to be worthy of this show?”

While the final results have earned nearly universal praise, both from within the animation community and from the general public, finding that style was a far-from-simple proposition. The animated sequences had to do a lot of things: They had to tell historical tales of real scientists and events in an engaging way, which is not always easy as many stories lacked a lot of obvious visual punch; they had to accurately convey scientific concepts and information; they had to look of a piece with both the live-action sequences of host Neil DeGrasse Tyson and the slick CGI visual effects created by Rainer Gombos; and they had to not draw the wrong kind of attention to themselves by being too cartoony.

Vallow drafted a small team to develop the animation that consisted of supervising animation director Brent Woods, animation director Lucas Gray, and animation assistant director Andrew Brandou. Some of the first conversations with MacFarlane and with executive producer Mitchell Cannold were defined by such unexpected ideas as “graphic novel” and “Indonesian shadow puppetry.”

“We were struggling with how do you portray realistic humans,” says Woods. “How do you convey a realistic person without spending literally five years trying to conceive two hours of animation, and not have it seem hokey, not have it seem like you’re attempting to do realism.”

The first script clarified the issues by calling for a sequence about Giordano Bruno, a 16th century Italian monk whose theories about the Sun being not just the center of the solar system but also just one of the many stars in the universe got him convicted of heresy and burned at the stake.

“It seemed sort of daunting,” says Vallow. “I think it was Bruno specifically, it was trying to bring this person to life and elicit empathy and all these things, but my hugest fear was going into that world of hokey animation.”

The style developed with a few basic ideas. One was using silhouettes. “Those were very effective, where the characters were silhouetted but they told beautiful stories,” says Vallow.

Another was grounding scenes with realistic physics and adding elements like rain, fog, smoke or dust motes that could give a sense of the events taking place in a familiar environment.

And a final key element was creating photo-realistic backgrounds — often using photographs — a style developed by Brandou. “We’d layer photographic images on top of each other. They were always really happy with the backgrounds because they had a realness to them,” says Vallow.

To execute the animation, Vallow turned to Six Point Harness studios, which animated the characters using Flash and composited it together with the backgrounds and effects using After Effects. Many of those choices, Vallow says, were made to fit time and budgetary constraints. “My first instinct toward using After Effects was money and time and wanting to keep a very contained core for the animation department,” she says. “I wanted to choose the people I really trusted.”

Vallow had previously worked with Six Point Harness and its principals, Brendan Burch and Greg Franklin, on various projects including a film called In the Realms of the Unreal.

“We had to prove what you always have to in Flash, which is that you can animate well in Flash with the right people,” says Burch.

Research was a major component of animating Cosmos — and not one Vallow’s team of Family Guy veterans was used to dealing with. From the Bruno sequence, for which there was relatively little reference, the series moved ahead to scientific figures like Isaac Newton, whose home and tools are preserved, right up to relatively recent times like 1960s Pasadena.

“As we got into the storyboarding process, we would work with research — and we would do our own — and that would sometimes greatly affected how we told the story, in a shocking way,” says Woods.

For example, episode seven contains an animated sequence centered on the work of geochemist Clair “Pat” Patterson and how his research into the age of the Earth revealed the extent of the danger posed by lead contamination. The sequence included one where Patterson walked the streets of 1966 Pasadena envisioning the invisible lead contaminants in the environment and on passersby. “Six Point added a lot of the qualities that make this a successful sequence,” says Gray. “This was also an interesting moment because it was my first departure, and I think the show’s first departure, from real period pieces, and now we’re coming up into stuff we all know.”

The animators’ approach veered toward film noir and Invasion of the Body Snatchers, even going so far as to consider making the sequence in black-and-white. Elements devised for older time periods, like the grunge matte that gave an ancient parchment look to historical sequences, had to be updated for a world close to the one we live in now.

There was a lot of opportunity to embellish and tweak sequences — they could be extended a few frames when needed, or space could be left for musical elements to help tell the story. All quite different from working on Family Guy or American Dad!

“It was real fun to play around with the differences,” Vallow says.

Research was meticulous, down to ensuring appropriate tailoring for men’s suits and ensuring that the stars in the sky were accurate — down to the exact date, location and time of day. “That stemmed from a comment Neil made about James Cameron’s inaccuracy on the night the Titanic sunk, that the stars were not correct,” says Gray.

Characters were designed by Sah Tantivaranyoo. “It was really tough to hire for. We were really picky,” says Burch. “We went through a lot of people early on until we had this really great little core.”

“It’s not as cartoony as what people in our industry were used to dealing with. I would see people at Six Point who I knew were great animators in that cartoony bouncy world, but would struggle with just a straight-ahead walk cycle because it’s not what we do 90 percent of the time,” says Gray.

One factor was dealing with producers on the series who were unaccustomed to working with animation and were therefore unfamiliar with its limits and capabilities.

“This group of writer-producers was not as accustomed to the process of animation as we are used to in our world,” says Vallow. “And it seemed like they would make bigger changes later than we usually see because it just came to them then.”

Vallow says that is a common issue when working with producers new to animation. “Animation is very intimidating to people that can’t do it or don’t understand it. You don’t have control. You can’t draw it yourself. You visualize something or you write something and you are putting a lot of faith in other people to create your vision,” she says. “And I’ve seen it again and again — it’s very scary for people and I understand it. I’ve become able to empathize with it, as frustrating as it is.”

Examples include producers asking for small changes in camera position or a cut to coverage or b-roll — common and easy in live-action but requiring drastic revisions up to re-doing entire sequences in animation.

“It was a privilege. For the first few episodes it was really difficult and then it got less so and we were able to sort of enjoy the process a little more,” says Vallow.

The Animated Movie Dossier
Building Up to Epic