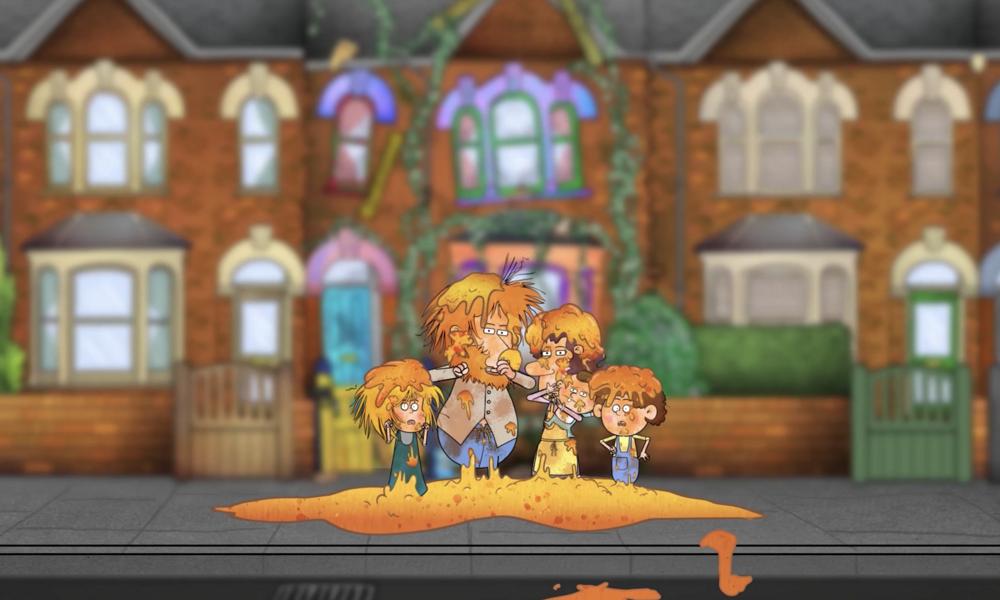 ITV has picked up The Old Branch’s animated series The Grimes, which is distributed by indie outfit Bejuba! The timely 15 x 5 minute show emphasizes the importance of cleaning up with soap as each episodes finds the dirtiest family in the world end up completely filthy as they go about their daily routines. Fortunately, the family has a fantastic, magical bathroom which helps them clean up and get ready for bed every day.

The Old Branch, which is led by Eliot Wykes and Nikki Haley, used a unique approach in creating The Grimes: Eliot, Nikki and their two daughters voiced all the characters and ideas for the episodes came from their own life in the middle of a forest where their kids run wild. Eliot hired a team of animators from around the world and premiered the first five episodes on YouTube where the series has been a great success. They plan to create more episodes of the show in the near future.

“My partner and I moved out of London to the middle of a Suffolk forest five years ago to follow our dream of writing stories for children,” says Wykes. “Watching our own daughters becoming slightly feral — trying to crawl down rabbit holes, building dens using random objects dug up with a metal detector, swimming in our murky fishpond — these experiences wrote The Grimes for us. It’s a real joy to see it finally finished, and to partner with Bejuba! and ITV in bringing this filthy family out into the world.”

Tatiana Kober, Bejuba!’s president adds, “We were delighted to begin working with Eliot and Nikki, because of the success of the series on YouTube and the strategy they have. We look forward to bringing more of their shows to the marketplace. Knowing where the series has struck a chord globally helps us to be more targeted in our sales efforts.”

The Old Branch has produced a number of other popular animated shorts, including Caterpillar Shoes which attracted over 37 million views on YouTube, and has ambitions to create longer series based on their online success. Bejuba! is best known for animated titles such as Wishfart, Ruff Ruff Tweet and Davie, and The Hive.

You can get dirty with The Grimes here: