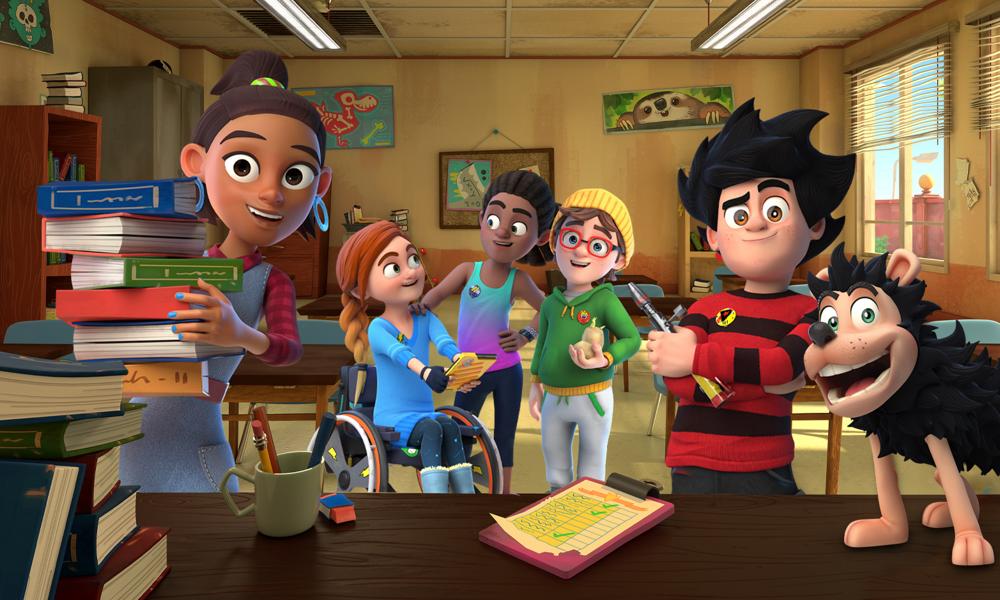 On the 13th July, Beano Studios’ Dennis & Gnasher: Unleashed! roared back on to the British public’s screens on public broadcaster, CBBC.

The Jellyfish Pictures crew has been working on the series for the past 18 months, with the last few months of the series being created completely in a remote setting. The new series comprises 52 x 11 min. episodes, following the unpredictable and exciting adventures of Dennis and his friends in Beanotown. Mischief and everyday rebellion rule the streets where literally anything can happen – and usually does!

It was late 2018 when Dennis, Gnasher and his friends were welcomed back into the studios of Jellyfish. And they came with reinforcements in the form of award-winning animated series director Kitty Taylor at the helm.

The company had worked with Beano Studios and CBBC on series one of the British heritage brand. Now recommissioned for a second series, it was time to bring those characters back to life, pushing their stories even further and developing the personalities and characteristics. 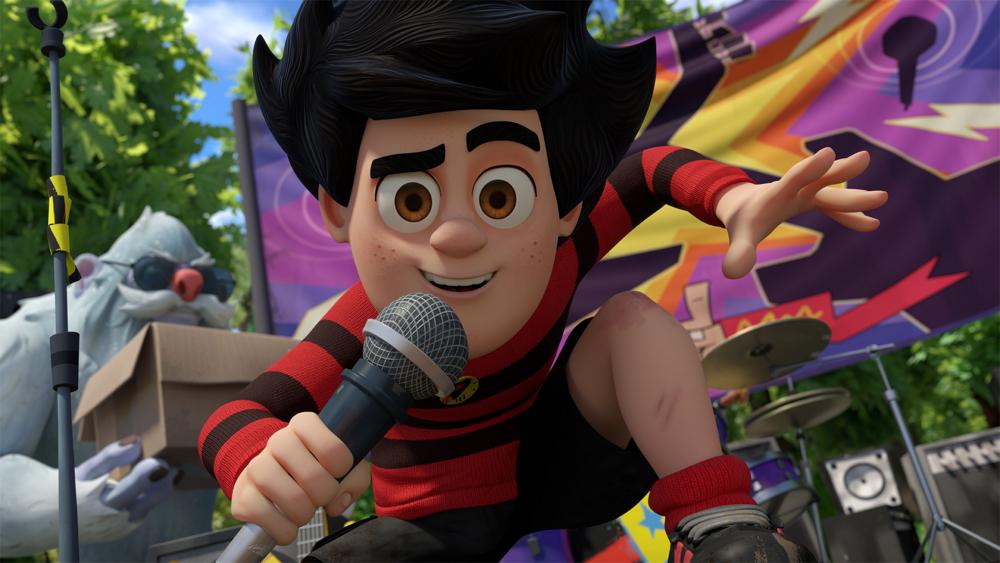 Brought on as the first member of the Jellyfish crew on the series, Taylor started immersing herself into the world of Beanotown, its inhabitants and the tone of storytelling. Once she had well and truly become an expert on all things Dennis, the development of the scripts started, working closely with Beano Studios and the BBC.

For Season Two the brief was to grow Dennis & Gnasher: Unleashed!’s supporting characters, JJ, Rubi and Pieface. Alongside Beano Studios, with several writers’ workshops and collaboration, the stories and character developments were honed, and the scripts were signed off.

“The beginning of the project is one of the best times for me. It’s almost the calm before the storm… the storm being when everyone joins and you’re having to oversee and sign-off every stage from script to comp simultaneously!” Taylor reflects. “It’s a chance to really forge those relationships with the client and ground yourself in this world you’re about to throw yourself into for two years.”

She adds, “I’ve got 20 years of directing for animation under my belt, so I know the script stage is an incredibly crucial time, when having to decide what’s going to work and what’s not, both in the tone of the story or practically in CG.”

The next member of the team to join Jellyfish side on the project was CG supervisor Murray Truelove. Truelove had worked on Season 1 as a lighting artist, so was already familiar with the pipeline, characters and the environments they inhabit.

With design and artwork taking place in-house at Jellyfish on series one, the show’s look and feel had already been established, with many of the environments and characters being repurposed for series two.

Truelove’s first major task, working with the series director, was to review the scripts and ascertain what assets already existed and what would need to be created from scratch. Throughout the new series, we see a roster of new environments and props including fun gadgets and vehicles. As well as noting what new elements Jellyfish would have to create, it is also the CG supervisor’s role to advise Taylor and the client on what elements are achievable and what has to be reconsidered in the script for it to work practically and within the budget.

In addition to new environments and props, a new central character has been introduced to the cast: Miss Mistry, Dennis and his pals’ newly qualified rookie teacher. Working alongside Beano Studios, the character design was completed in-house by Jellyfish Art Director Katri Valkamo and overseen by Tim Searle, Head of Animation at Beano Studios. 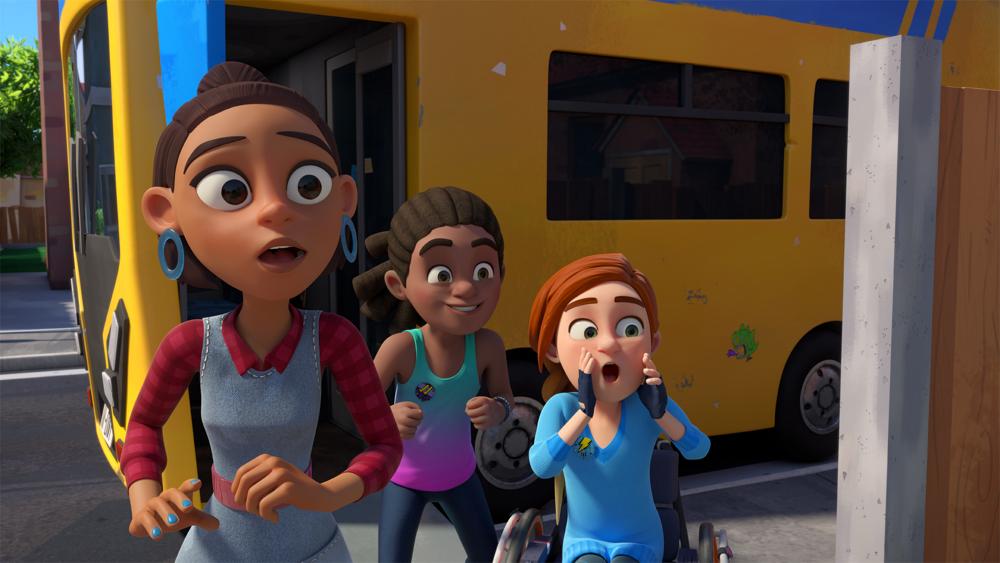 “It’s been great working with the whole team at Jellyfish. Our audience feedback gave us clear direction and we’re delighted with how the characters have evolved.,” Searle comments. “The animation team have done an excellent job — the new young teacher Miss Mistry gives a new dynamic to school life and Dennis, Pieface, JJ, Rubi and Gnasher have even more fun in this new series.”

As well as creating brand-new environments for Season 2, the team had to develop and enhance new areas of existing sets from Season 1. These ranged from complex to fairly straight forward. With the world of Beanotown growing, or the viewer becoming more privy to the different parts of it, Truelove had to carefully consider the geography of the town.

“My role is to ensure everything works,” says Murray. “Whether that’s at the beginning before we properly kickoff, in setting up the correct workflows and tools for the artists to do their job or doing a sense check of what we had already in our bank of assets, to the world of Dennis and his friends physically working on screen.”

With the first of the scripts signed off, a stock check of existing assets that could be reused completed, and what needed to be created confirmed, the team started to grow.

For Jellyfish, a production such as Dennis & Gnasher: Unleashed requires around a 60-strong crew, made up of storyboard artists, animators, lighting artists, compositors, modellers, editors as well as the production staff to run it. The project was around three quarters of the way through when all the crew were moved to a remote working setting.

“We were very lucky to have been a fair way through our production when the pandemic hit. The team had already forged a very strong bond, with great leads who injected enthusiasm and passion to all their individual teams,” notes Nathalie Le Berre, the series’ producer for Jellyfish. “You can never underestimate the importance of great interpersonal skills when working on a show like this. Working remotely obviously brought up some challenges, but because the underlying relationships were there, our team adapted very quickly into the new way of communicating.”

Jo Allen, Producer, BBC Children’s Animation and Acquisitions at BBC, says of the production, “Working on the new series has been a blast. We’ve focused on the characters and pushed the humor to generate relatable stories that I’m sure will give the audience a good laugh. It’s been impressive to see how the production has managed to stay on track despite the current difficulties and I’m chuffed to bits with how the series has turned out.” 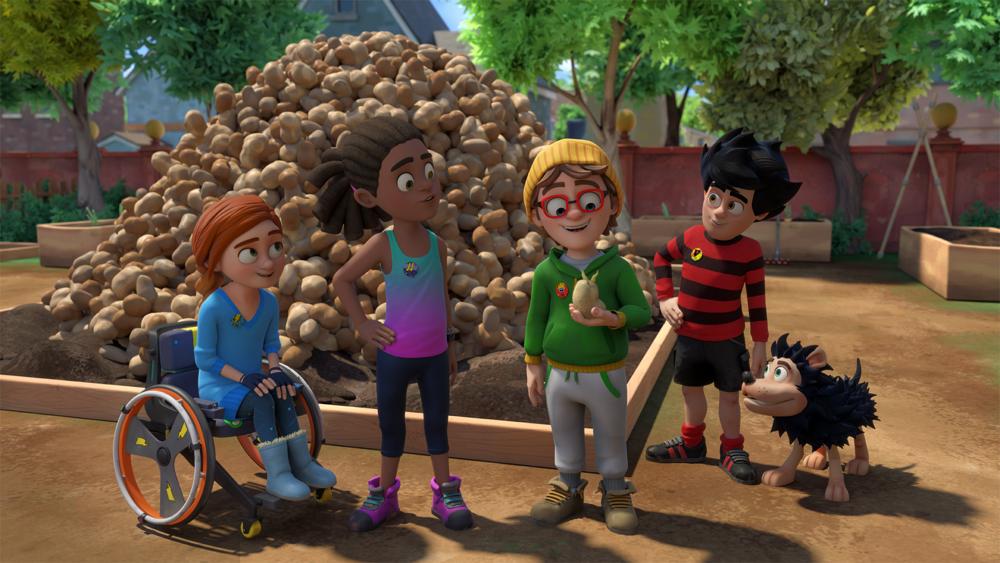 The animation department, which was made up of three teams of eight to nine animators, overseen by animation director John Knowles, work on a separate episode each, meaning there are three episodes in play at any one time. Once finished in animation, the shots get delivered to the lighting and compositing departments, which bring the realism to the show, before everything is pulled together in the edit. The series director has a pass at every stage, including the voice records that are carried out by the voice actors.

“When you have to oversee lots of different departments, doing very different things, especially in the situation we are in now, where everybody is working remotely, there is a huge trust element to the show,” says Taylor. “We hire the people we hire, because we can trust them to do what they do best. Whilst I know how to provide feedback on the look of the show, I don’t necessarily know how to light a shot or build an asset. It’s imperative that you can trust your team to understand your notes, run with them and come back with the desired result.”

During the lockdown, the Dennis & Gnasher: Unleashed! team has gone on to deliver the show on time, without losing any quality or fun that is expected from its audience. All the departments carried out reviews and meetings over Microsoft Teams and apart from sitting in the studio setting, have managed to continue as normal.