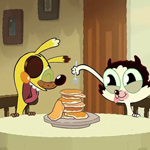 BBC Worldwide and SVT have concluded another major deal which will see a wide range of genres heading to screens in Sweden. These include everything from high-profile dramas, to science documentaries, to comedies and animated kid’s series.

Making the Scandinavian trek will be more than 140 episodes of popular children’s series, including the Canadian-British kids’ animated comedy Bagel and Becky, and preschool toon Sarah & Duck. 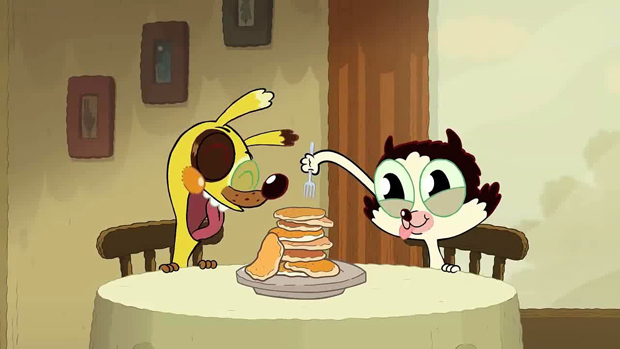 The Bagel and Becky Show is created by Dave Cooper (Pig Goat Banana Cricket), and centers on two furry siblings as they explore Awkward Falls each day after one of Mom’s pancake breakfasts. Bagel is an energetic, dim-witted dog, while Becky is a cautious cat who is always trying to get out of the trouble Bagel creates. The series is produced by BBC Wordlwide, Teletoon, Jam Filled and Radical Sheep. 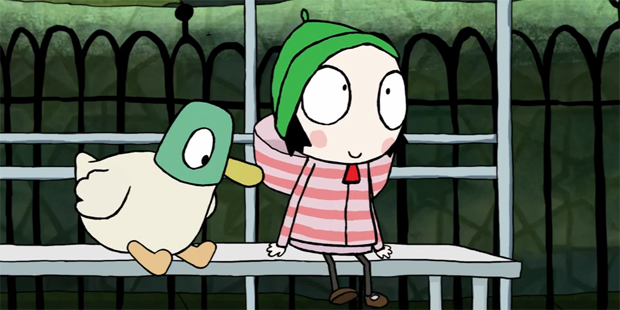 Sarah & Duck is a charming 2D preschool series created by Sarah Gomes Harris and Tim O’Sullivan, produced by Karrot Entertainment for the BBC. The show debuted in 2013 and follows a big-eyed, polite and kind little girl and her best friend, a Mallard. Together they embark on learning adventures around the neighborhood, using their imaginations to solve problems.

The deal also includes the next installment of Jane Campion’s hit Top of the Lake: China Girl, and other dramas including Paula, Scott and Bailey and The Durrells.