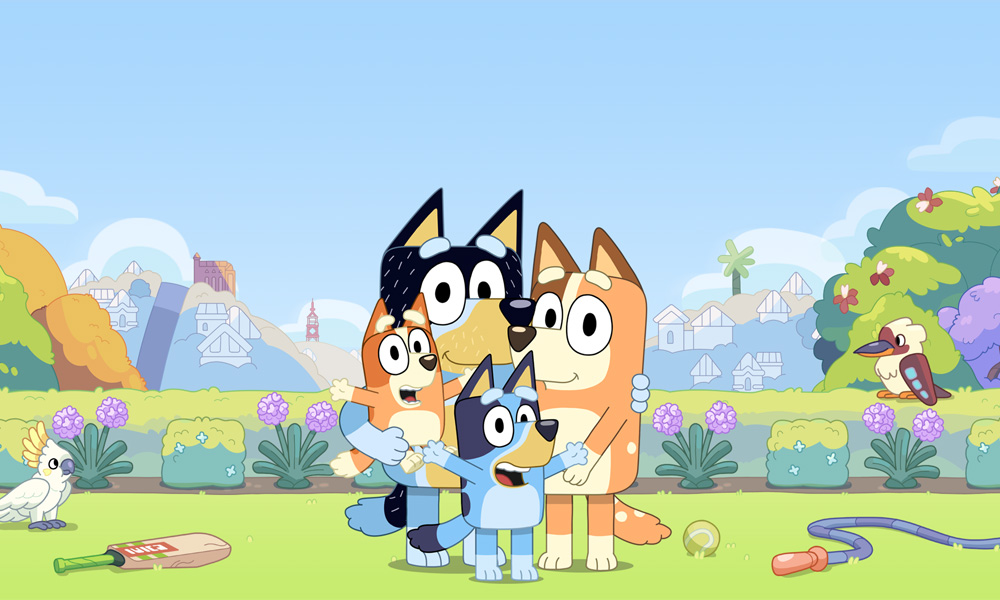 Aimed at preschool aged children and their parents, the show was created by Joe Brumm and is produced by the Emmy Award-winning Ludo Studio for the Australian Broadcasting Corporation (ABC) and BBC Studios. Bluey first launched on ABC in Australia last year enjoying massive success with parents and children alike, being the most viewed series in the history of ABC iview with over 100 million plays (per Webtrends, OzTAM VPM data). It was the most popular children’s TV show on terrestrial TV in Australia in 2018/19.

“From script to screen, Bluey is created entirely under one roof in Brisbane, Australia, and we’re so proud that Joe and the whole team’s work is now coming to the U.S. with Disney,” said Bluey EPs and Ludo co-founders, Charlie Aspinwall and Daley Pearson.

Bluey follows the adventures of a lovable and inexhaustible six-year-old Blue Heeler puppy who lives with her Dad (Bandit), her Mum (Chilli) and four-year-old little sister, Bingo. In each episode, Bluey takes the everyday events of family life and uses her limitless Blue Heeler energy to invent elaborate games that unfold in unpredictable and hilarious ways, bringing her family and the whole neighborhood into her world of fun. Bluey and Bingo love to roleplay and, whether they are doctors, fancy ladies, butterflies or hotel managers, they always drag in Mum or Dad to take part in their games. Bandit and Chilli are both dedicated working parents who, tired as they might be, appreciate the value of time spent playing with the kids, even if it means getting down on all fours for a horsey ride or keeping the last balloon in the air for as long as possible.

Bluey is an authentic dive into family life with preschool kids and celebrates the joyful simplicity of learning, growing and having fun through play. Unstructured, self-directed play allows Bluey to use her creativity while developing her imagination, and her mental, physical and emotional resilience. Exploring her world autonomously, Bluey conquers her fears while practicing grown up jobs, sometimes with her sister or with other children, and always with her parents to guide her.

“We wanted to create a genuine co-viewing show that parents and their kids can actually enjoy together,” said series creator Brumm.

The series has already become a proven co-viewing experience for families. In a recent call for “delightful children’s programming” put out by The New York Times, Bluey was the most popular reader submission despite only being available in Australia. The show has also inspired grown-up fans to share their approval over social media — such as in this Twitter thread where one “Bluey Superfan” tried to figure out exactly where the canine stars live.