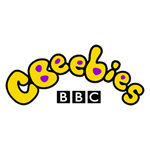 BBC Worldwide has greenlit a slate of new investments for international preschool brand CBeebies. The deals include a number of new properties for CBeebies, including animated and partially animated programs such as the new series Baby Jake from production company Darrall Macqueen.

The deals, which encompass broader rights across BBC Worldwide’s different business lines, have been secured by Henrietta Hurford-Jones, BBC Worldwide’s director of CBeebies investment. Working alongside independent producers, CBeebies in the U.K. and all of BBC Worldwide’s operating divisions, she is responsible for developing and investing in a new stream of original program content for the CBeebies channel internationally.

“I have so far had the privilege of working with many talented kids’ producers on a number of varied and exciting projects. I’m always on the look out for something special, something that not only travels well across our markets but has that unique ability to captivate young viewers around the world. These titles have certainly captured my imagination and I have no doubt they will be global hits,” said Hurford-Jones. “Given the growing scale of our channels and the trust placed in the CBeebies brand around the world, it’s essential that we continue to increase our investment in original properties that uphold the brand’s promise to encourage young viewers to learn through play.”

Here’s how the network described the programs;