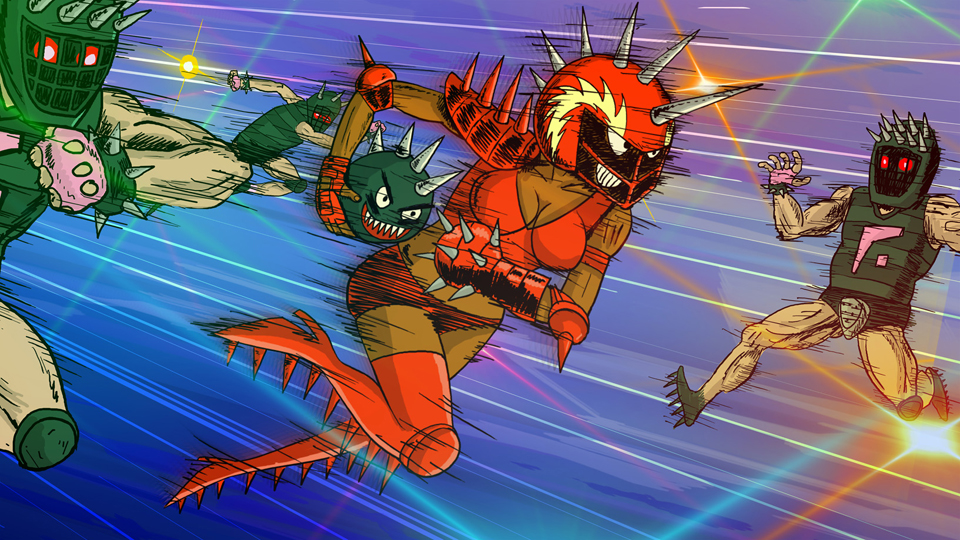 ***This article was written for the May issue of Animation Magazine No. 280***

It’s loud, weird and set in a post-apocalyptic world gone mad — which means Christy Karacas’ new series Ballmastrz: 9009 is perfect for our lives now. The Adult Swim show, which premieres this Sunday, April 8, is just what you’d expect from the man who gave us the twisted world of Superjail! (2007-2014).

So, what is the hot new anime-influenced series, you might ask? Well, it’s kind of about a washed-up superstar/party gal named Gaz Digzy (voiced impeccably by former party gal Natasha Lyonne) who finds herself in charge of a team of “ultimate losers.” (Think any of your favorite sports movie where a gruff coach with a heart of gold helps bring out the best in a team made up of lovable misfits!) The voice cast also includes Dana Snyder, Dave Willis, Jessica DiCicco, Eric Bauza, Christopher McCulloch and Karacas himself.

Karacas tell us that he was itching to do something entirely different from what he’d been working on in the past. “I came across the series One-Punch Man, and it reminded me of how I used love anime when I was younger, and that I hadn’t watched it for a long time,” he says. “I wanted to do something that was 180 degrees different from Superjail!. I also used to love movies like Rollerball, the whole 1970s dystopian movie genre, so I thought it would be a great idea to do this comedy spoof of the genre. We also added the sports movie element, things like Mighty Ducks or Major League.”

The Brooklyn-based animator says he wanted the show to be fast and kinetic, and because everything had to fit Adult Swim’s 11-minute format, he had to figure out the rules for this futuristic game. “We had to make sure we had the right number of characters, and they all needed to stand out,” he explains. “In some classic anime shows, each warrior has a special, ridiculous skill, and we wanted to go for the same thing in our show.”

On Ballmastrz: 9009, the team is made up of seven people, and each episode has the misfits battle a new adversary.  He notes, “My favorite action shows were a big influence, but we didn’t want this series to be too violent. We wanted the characters to have an exciting dynamic, but we tried to avoid creating a gore-fest, like Superjail! So, I was looking at some of the anime from ’80s and ’90s, things like Robotech.”

Discussing the show’s visuals, Karacas points out that he didn’t want the show to come across as a parody of anime shows. “I realized that I have to just do it my way and not worry about topping other stuff,” he notes. “I think we came up with a good hybrid of my own style and anime.”

The Flash-animated series is produced by a team of about 20 people at Titmouse Studios in New York and Los Angeles. “We have a writers’ room, where the show’s four writers and I come up with the stories,” says Karacas. “We had these discussions about whether it should be episodic or have one-off storylines. We wanted it to be episodic and anime-like, but we were worried that since the show is only 11-minutes long, viewers may not remember the details. So, now we have a mixture of sorts. The middle episodes are more one-off, and then, it comes back to the main storyline towards the end of the season. Everything is really dense, but once we board it, things are tied up and jokes are added. Overall, we are trying new things, and it ended up looking better than I had thought. The voice actors are terrific, the crew did an amazing job, and the music is awesome. We’re going for music from weird Italian zombie movies from the ’60s!”

Producer and Titmouse Studio president Chris Prynoski says he loves that fact that the show follows the aesthetics of the “outsider anime fan.” “When we were discussing the initial art direction of the show, Christy told me that he wanted the show to feel like it was designed by high school kids trying to draw anime, but not quite getting it right. It’s kind of like the characters were inspired by a detention notebook doodle or some 13-year old’s Tumblr page. I think he super nailed it.”

Prynoski also calls Ballmastrz: 9009 “pure Christy!” “The show is over the top in a way that’s totally different than Superjail!. He’s going back to his roots. We talked about how we both traded anime VHS tapes in high school when that stuff was definitely not cool. It turns out that watching Fist of the North Star and Project A-Ko over and over again pays off!”

Getting into the Groove

Karacas says the process was a bit overwhelming in the beginning. “You wear a lot of hats. You worry about whether the script is good enough,” he admits. “You’re storyboarding one episode, while you’re writing another one. The whole thing is very labor-intensive. The models are very inconsistent, but it’s on purpose. You stay within the parameters. We also change styles in the show. I told the animators, you can go nuts. You can push the models. I think we’re all learning as we go along. But we’re having fun, too!”

Looking back at the early days of his career, Karacas says New York in the late ‘90s was a great time to work in animation. “There was lots of work and the studios were making shows like Beavis and Butt-Head and Celebrity Deathmatch. But then, things dried up. Now, New York has become so much more expensive. These days, there seems to be a lot of work for animators everywhere. I feel a little bit disconnected from what’s happening because I lock myself in and just work. But It’s important to stay current and relevant. You have to meet young people and go to festivals and be aware of the new work that’s being created.”

Karacas points out that when he was younger, he had to dig deep to find cool animated shows and movies that weren’t a big part of regular American pop culture. “I grew up in New Hampshire. When I was in junior high, I used to make comics and sell them at school. Back then, there was no internet, so I’d go to comic-book shops and get all the manga. I remember Grave of the Fireflies and Akira were huge influences. Some of the shops had fanzines and bootleg Japanese stuff. I would copy the art, because they were like nothing I had seen before. Then, when I went to college [Rhode Island School of Design], I stopped watching it so much. Now, anime has become so huge that it’s part of the mainstream. Lots of animators are into it, so it’s exciting to go back and revisit that world.”

When asked about the cult popularity of Superjail!, Karacas says, “You know, that show was a very personal experience for me. It was the first real show I got to do. There’s something about that first show. It’s like doing drugs! You’re never going to get that high again. You are kind of naive, and you don’t overthink stuff. You just do what you think is good! Who knows … maybe we’ll come back and do a Superjail! special one day to send it off.” 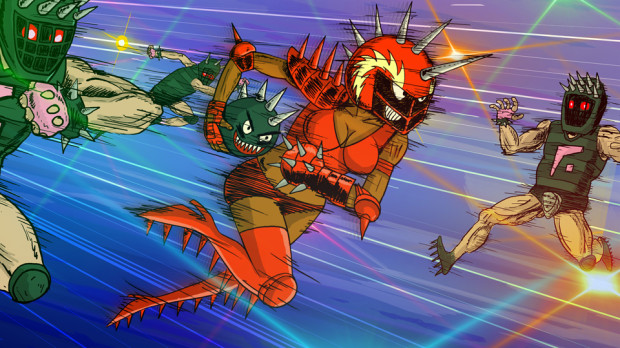 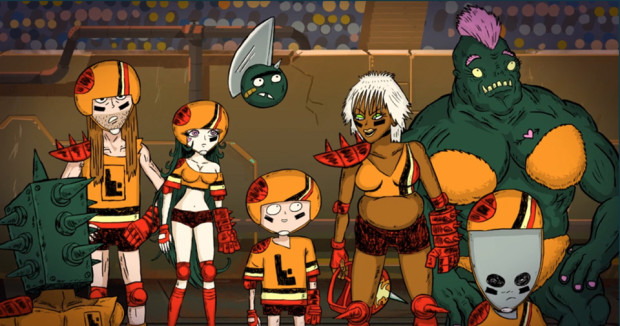 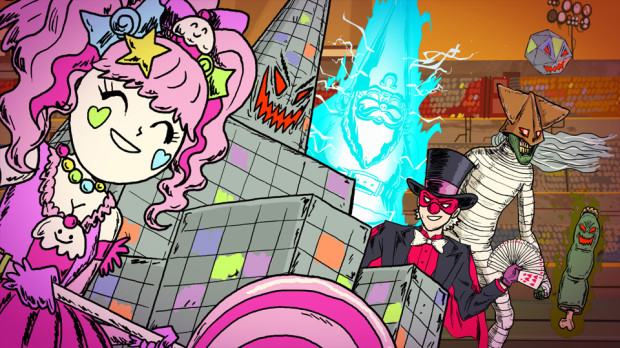 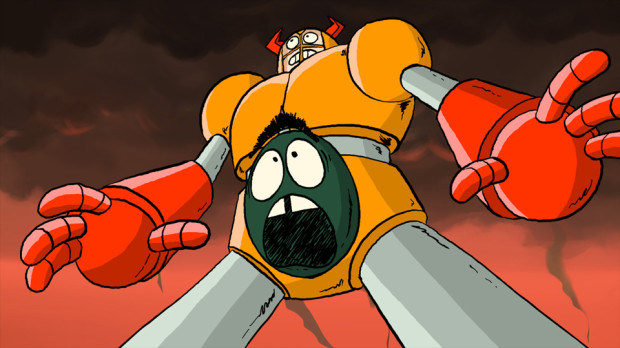 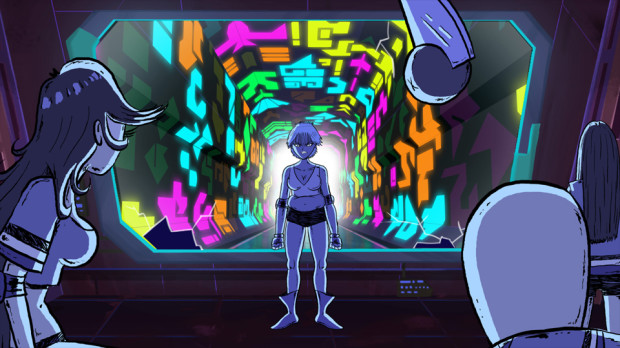 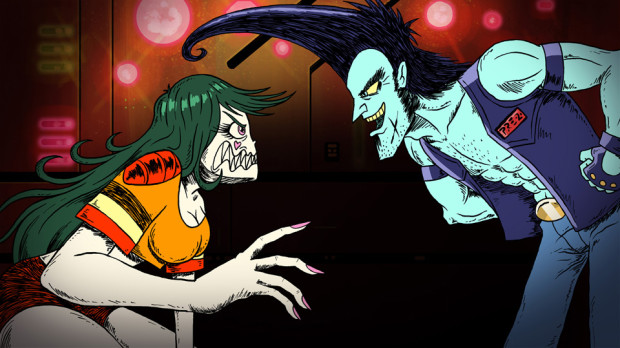 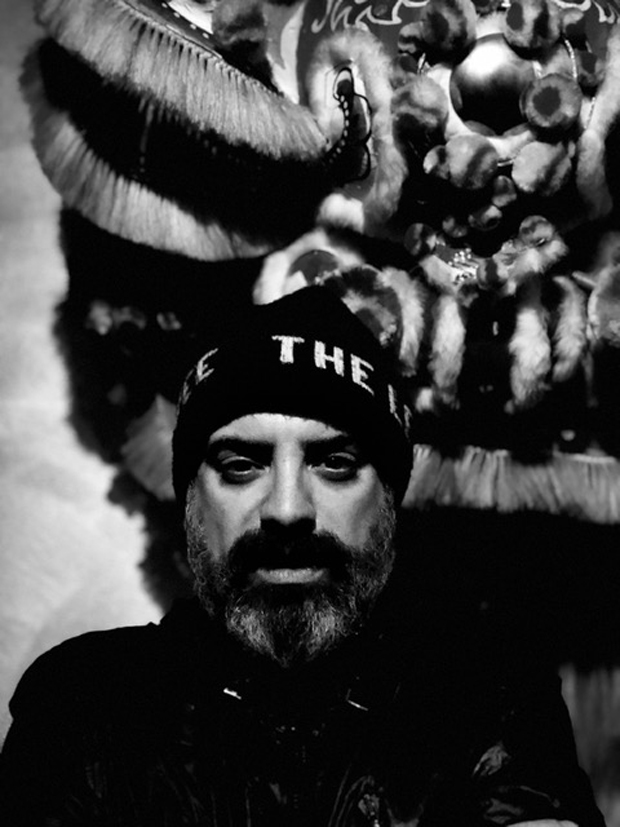