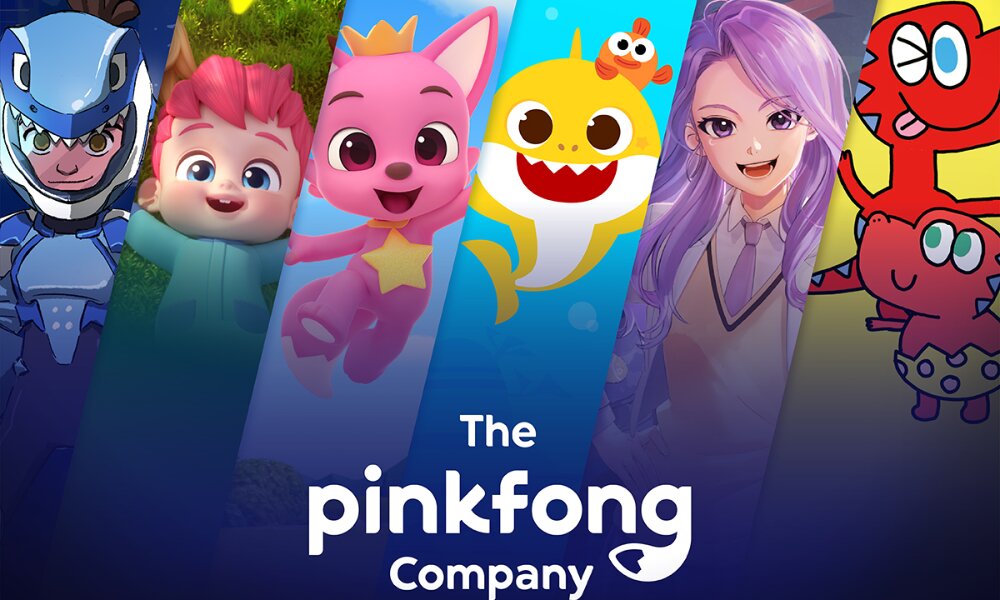 SmartStudy, the creator behind the cultural phenomenon Baby Shark, announced it is changing its name to The Pinkfong Company.

The rebranding ushers in a new chapter for the global entertainment company where it will continue to connect the world through quality content while developing new initiatives to expand the age range for its content to cater to audiences of all ages. The Pinkfong Company moves forward with the expansion of content genres, original content & IP, and global business.

Founded as a startup offering children’s educational services, The Pinkfong Company has evolved into the home of iconic IPs including its flagship franchise Baby Shark. With the most viewed video in the history of YouTube, Baby Shark became one of the most notable cultural phenomena generating unprecedented amounts of engagement across the globe.

“Over the past decade, our business has expanded from providing educational services into creating content and products that connect people around the world regardless of ages and backgrounds,” said CEO Min-seok Kim. “We are excited to introduce our new name, The Pinkfong Company, at this defining moment as we move forward to the next chapter of our journey. With enhanced content initiatives, we are dedicated to continuing to create fun, enjoyable, and meaningful content to provide exceptional experiences for audiences everywhere.”

As part of its plans to bring its content to a wider audience, The Pinkfong Company announced the greenlight of its first-ever digital comics and novels series entitled Moon Shark. Co-produced with M Story Hub, the premium digital content company, Moon Shark depicts teenage romance, with a hint of fantasy accompanied by K-Pop and EDM inspired songs. In addition to digital comics and novels, digital singles for the series will be available on music streaming platforms as well as on its own YouTube channel.

Following the launch of the Moon Shark series, The Pinkfong Company is focusing on the development of content and brand new original IPs, including a 2D animated series featuring a dinosaur family as well as a 3D animated show depicting the dynamic daily life of human characters.

Meanwhile, the worlds of Pinkfong and Baby Shark continue to grow as Baby Shark’s Big Show!, the preschool series co-produced with Nickelodeon Animation Studio, has been greenlit for the second season while its movie is in development. A sequel to Pinkfong and Baby Shark’s Space Adventure, the sing-along special that marked the fifth most-watched movie in Netflix’s Today’s Top 10 list in the U.S., is in the works.

Lastly, The Pinkfong Company gears up to expand its presence globally. In addition to offices in Seoul, Los Angeles, Shanghai and Hong Kong, The Pinkfong Company opened its fifth office in Singapore to fuel growth across the Southeast Asia market. The Singapore office will serve as the business hub for Asia Pacific countries, where the Baby Shark phenomenon has been a massive hit as well as Pinkfong has made a splash with its live tour, animations and more.