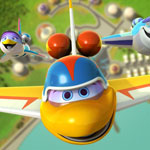 Space Race LLC has struck a key partnership with leading Chinese children’s entertainment and media company UYoung for its award-winning preschool series Space Racers. The far-reaching deal will see UYoung distribute a localized version of the show via multiple channels, and build a wide-ranging merchandising program in the country.

“As we continue to build the Space Racers brand, we are delighted by the degree to which curiosity around space exploration is universal among children across all cultures,” said Michael Matays, CEO of Space Race and series exec producer. “Though Space Racers is currently translated into more than 25 different languages and shown in 130 countries, partnering with a valued and successful television distribution and consumer products business such as UYoung is set to expand our audience tremendously. By delivering vibrant STEM programming to children in China, one of the world’s largest markets, we elevate our licensing program to a new level. We are excited to see Space Racers perform with the Chinese audience, both on TV and in consumer products.”

Clara Young, VP International Business at UYoung, said: “We are delighted to be representing Space Racers in China. We know that the series’ strong STEM education theme, stand out characters and engaging storylines will resonate well with Chinese children and parents and we look forward to talking to our broadcast and consumer products partners about this exciting series.”

Space Racers follows Eagle, Robyn, Hawk, Starling, Raven and their fellow cadets as they explore our planet, the solar system and the Universe. Headmaster Crane, Professor Coot and other faculty members of the Stardust Space Academy guide the cadets on missions that cover heliophysics, earth science, planetary science and astrophysics among many science disciplines explained at a preschool level. The series blends CG animation with authentic sounds and images provided by NASA for a vivid viewing experience. Season 2 focuses on important emotional issues, including bullying and growing up with physical challenges, by introducing new Stardust Space Academy cadets like brash transfer student Kite and young Merlin, a rocket born with one short wing.

The first season of Space Racers launched on public television in 2014 and has grown steadily since through further streaming partnerships. The current second season debuted November 2016 on Universal Kids’ Sprout block, where it has consistently been a top show for kids 2-11. The show also has a companion app available for iOS and Android. 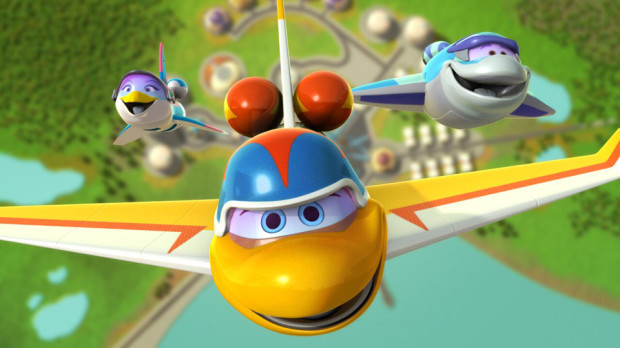