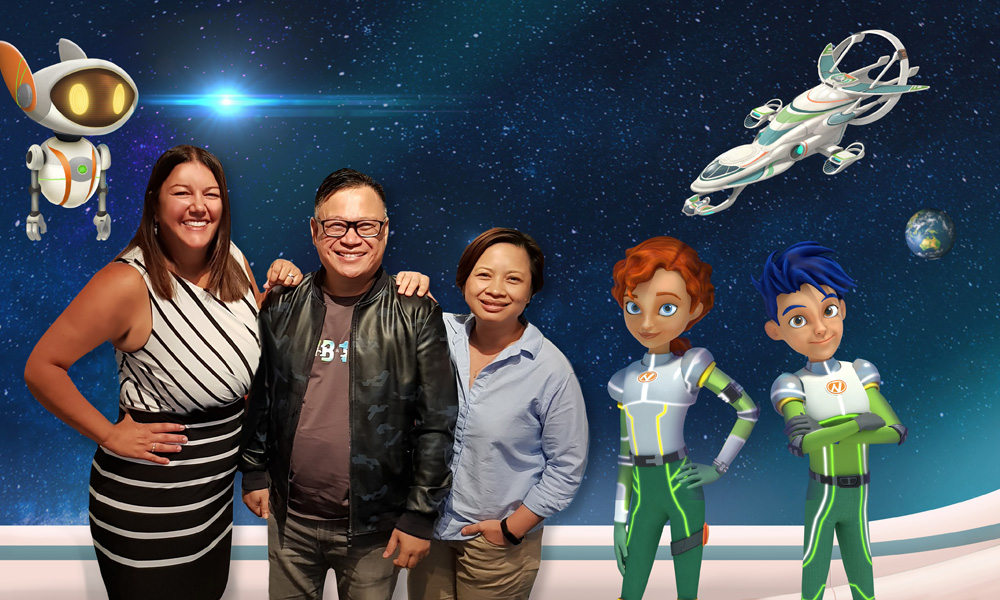 “SLR Productions is honored to work with Giggle Garage’s Juhaidah Joemin and Zeno Gabing,” says SLR Productions’ CEO and exec producer, Suzanne Ryan. “Space Nova is guaranteed to be a fun and thrilling space adventure and is providing a great framework for our studios to collaborate both creatively and financially in the future.”

“Today’s announcement with SLR Productions is another solid step in our journey in creating character entertainment properties for family and kids to enjoy around the world,” notes Giggle Garage exec director Zeno Gabing. “We are inspired by Suzanne and her team’s vision in creating great content and are super excited to partner with them on future projects.”

Space Nova is a 26 x 24-minute CG-animated series aimed at six to nine year olds, which is set in the year 2162. This original SLR Productions show is commissioned by SUPER RTL, ABC Australia and NINE Network, and has received major production funding from Screen Australia and is also financed with support from Create NSW. The show centers on space-traveling siblings Jet and Adelaide, who along with their parents Josie and Hugo spend their days hopping rogue planets, dodging exploding asteroid belts, surfing solar flares, falling through intergalactic wormholes, avoiding being eaten by all kinds of plantimals and meeting the odd space slug, all in the name of science.

SLR Productions is one of Australia’s leading Emmy and multi award-winning children’s entertainment companies, specializing in the creation, development and production of popular series such as Guess How Much I Love You; Alice Miranda; The Skinner Boys – Guardians of the Lost Secrets: Lexi & Lottie: Trusty Twin Detectives, Captain Flinn and The Pirate Dinosaurs, Sam Fox: Extreme Adventures, and I Got a Rocket. For more info, visit slrproductions.com.